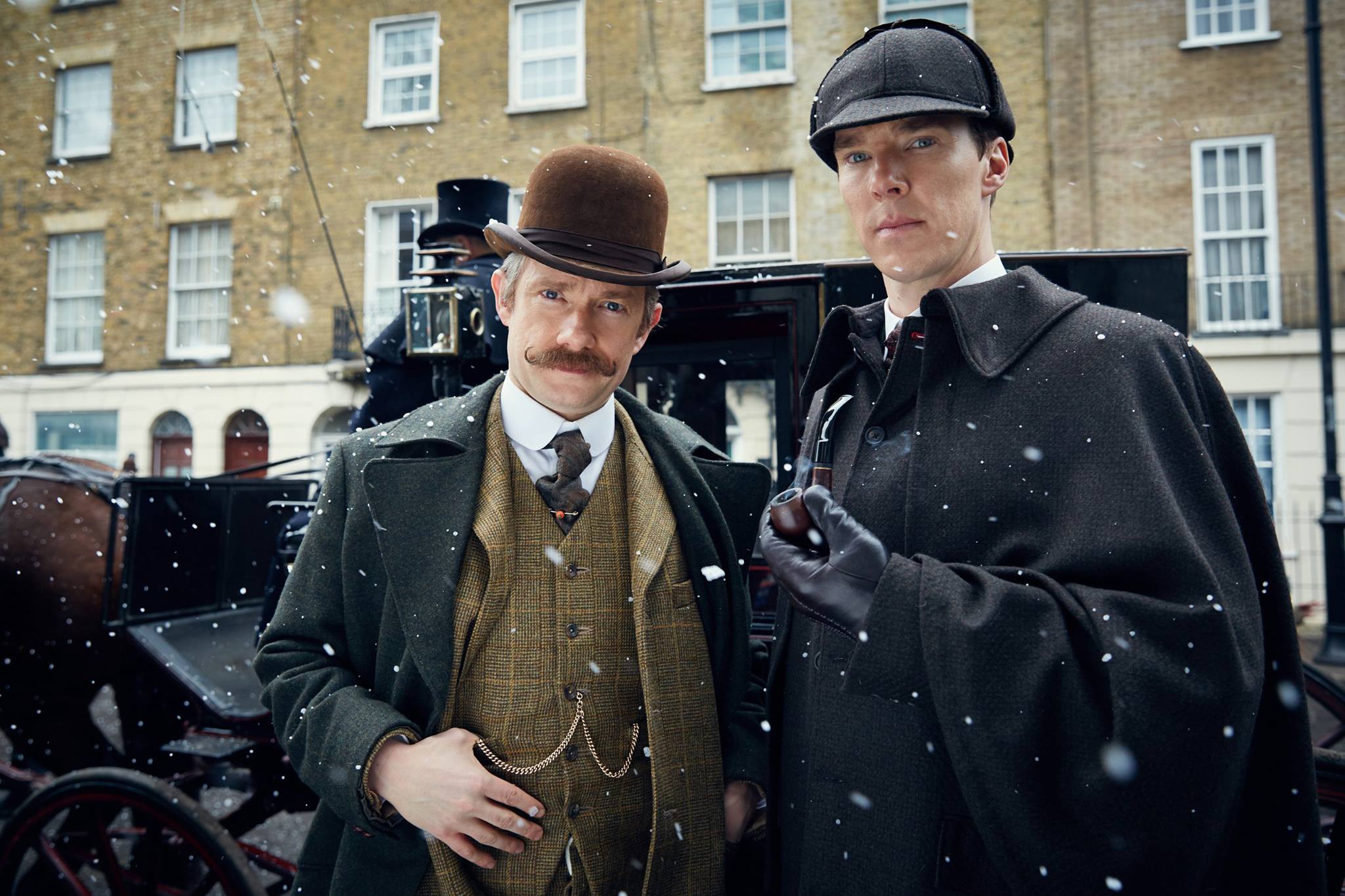 Sherlock lovers have more reasons to be excited, because production is already underway for series four. New set photos show Benedict Cumberbatch back in a familiar, modern trenchcoat with Martin Freeman by his side this week.

Photos surfaced on Celebrity Dirty Laundry and Twitter, showing Sherlock Holmes (Cumberbatch) getting in some quality time with a new bloodhound while John Watson (Freeman) and Mary Watson (Amanda Abbington) stay home with their new baby. Freeman was still involved in filming though and was seen cradling a prop baby. Hopefully this one looks better than the one in American Sniper.

The BBC still hasn’t said when the new series of Sherlock will debut, but as The Huffington Post U.K. reported, last month Martin said on The Graham Norton Show that the episodes could air by Christmas.

“We are back filming now and the three shows will, I imagine, be out around Christmas,” Martin said. He later added, “There is always a heightened state of excitement and we sometimes have to respectfully remind them that we have to be focused and it’s not a live gig!”

Writers Mark Gatiss and Steven Moffatt have teased that ghosts of the past will start catching up with out favorite sleuths. “Ghosts of the past are rising in the lives of Sherlock Holmes and John Watson bringing adventure, romance and terror in their wake,” the writers said. “This is the story we’ve been telling from the beginning. A story about to reach its climax.”

The wait for Christmas is long, but if you need a Martin and Cumberbatch fix, you just have to see the next two Marvel movies. Martin has a role in this weekend’s Captain America: Civil War and Cumberbatch stars in Doctor Strange, out in November.