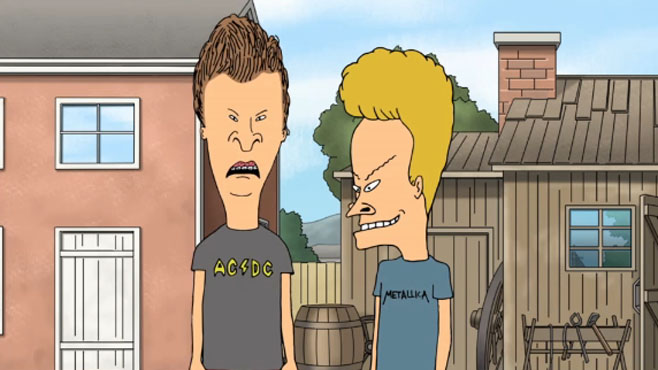 Beavis and Butt-Head are deeply ingrained the 90s pop culture scene. The lovable metal-heads made foolish, yet witty, commentary, never attended school, and, to them, everything non-metal sucked. Creator Mike Judge had an instant hit on his hands with the MTV series, which later led to the two teens ‘doing’ America in their own film. The series returned in brief for an eighth season in 2011, after being off the air for nearly 15 years.

Mike Judge has been busy with Silicon Valley on HBO, but he hasn’t ruled out bringing back the two incompetent scoundrels. In fact, in an interview with Radio Times (via HitFix), he revealed they could return, but perhaps not animated. “Maybe it could be a live-action someday,” he said.

Judge voiced both characters himself, so let the fan-casting begin on which two actors could embody his creations. When asked if he had an idea for who should play the two, he said he didn’t know. However, he did offer a thought on Beavis’ whereabouts, saying he’s probably “homeless.”

The series originally ran seven seasons from 1993-1997. In 1996, the animated slackers took to the big screen in Beavis and Butt-Head Do America. The film sees the dim-wits traveling cross-country in search of their television set, where they’re quickly involved in a number of unsettling shenanigans. At the time, it grossed approximately $63 million, which would land it $95 million today when adjusted to inflation.

Here’s to hoping that in whichever form they return, they’re still obnoxious heavy metal-loving teenagers with a penchant for being stupid and fun.