It’s been five years since fans of Mike Judge’s classic series were treated to new episodes. Now, you can relive each and every one — monkeyspanks and all. The complete collection will include all eight seasons of the show, and the Beavis and Butt-Head Do America film. How could this possibly get any better? It’ll release on February 14, 2017. That’s right, you can bring the metal-heads home on Valentine’s Day. Check out the official box art for the package below (via IGN). 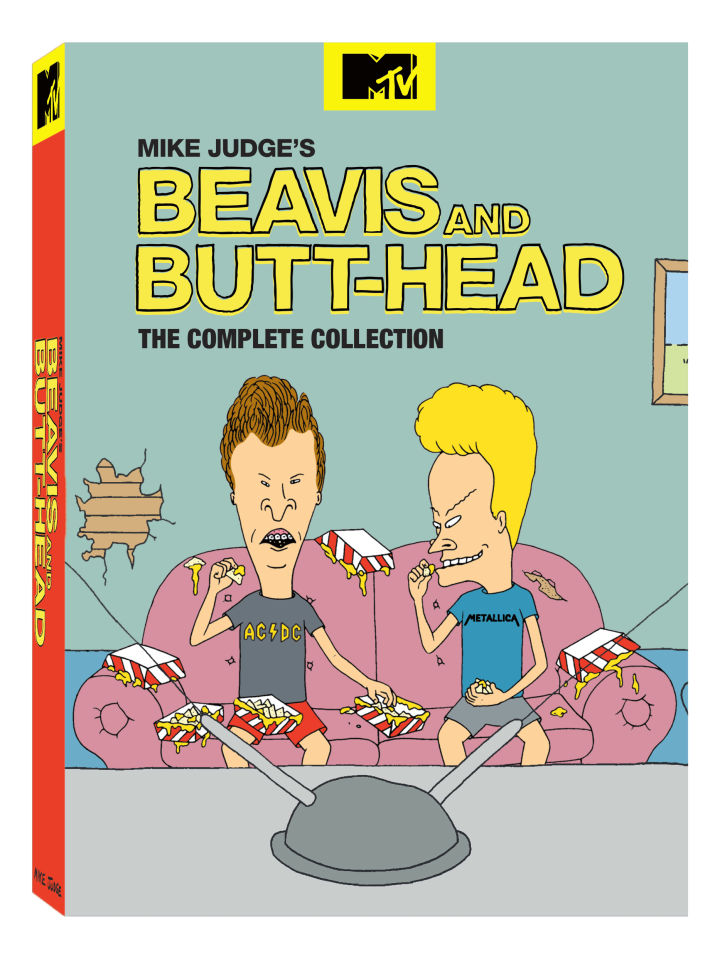 The DVD set will feature four volumes spanning across 12 discs. Mike Judge’s series itself will fill 11 of the disc, while the other is designated to Beavis and Butt-Head Do America. But that isn’t all. The edition of the movie will be its Special Collector’s Edition, which includes the following special features (via Amazon):

Does this collection officially mean the series will never return? Mike Judge has been busy with his HBO series, Silicon Valley, but hope is ever-present. Interestingly, Judge, who also voiced both characters, recently spoke on the potential of a live-action film. However, he wasn’t sure of who he would personally like to see cast in the roles.

The show has 208 episodes which filled out seven seasons between 1993-2011 on MTV. The film hit theaters in 1996, as the slacker duo traveled cross country hunting down their television set. Of course, their journey took a turn for the worse on multiple occasions. In theaters, it grossed about $63 million, earning roughly $95 million when adjusted for inflation today.

At the time of writing, Beavis and Butt-Head: The Complete Collection is without an official retail price.