Skip to content
Home » BBC Store Leaks ‘Doctor Who: The Power of the Daleks’ Re-Creation 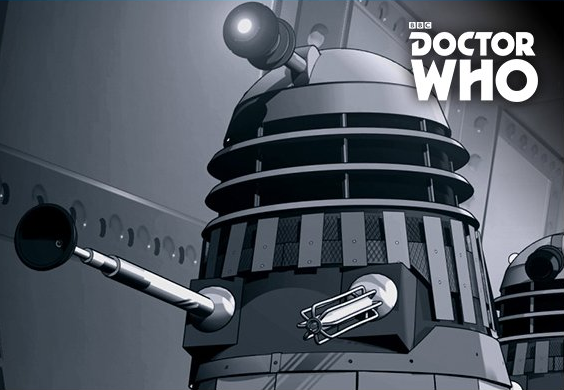 Over the past decade, the BBC, in collaboration with 2entertain, has released almost every classic story of Doctor Who on home media. However, one collection that was thought to be impossible to re-release consists of many of the older, black-and-white stories from between 1963 and 1969. They were thought to have been lost forever.

In the 60s and 70s, the BBC (and broadcasters, in general) didn’t hold their content in high regard in terms of preserving or archiving. TV was considered a one-off deal. The original tapes were erased, or taped-over, when companies were lacking storage space and wanted to save money by reusing film. This means many television shows from that time are simply lost forever, at least in terms of their master copies. But the BBC and 2entertain managed to restore the second Doctor story, The Invasion, in 2006, in collaboration with animation company Cosgrove Hall. Since then, a few more stories have had animated recreations, which use the original audio. The surviving footage is then interspersed with animated replacement footage.

Rumours regarding restoration of a particular story remain, though. The Power of the Daleks (1966) is the first serial featuring the Second Doctor, played by Patrick Troughton. However, no original prints for the six-episode story are intact, so it was thought lost for good. However, two weeks ago a video leaked on Twitter and YouTube allegedly containing animation for The Power of the Daleks. The BBC quickly took the video down on copyright grounds, though. But now the official BBC online store posted a link allowing fans to pre-order The Power of the Daleks for digital download…before they took the site down again. There is a screencap, however:

Before removal, the site advertised an upcoming re-release celebrating the story’s 50th anniversary. A digital download of Episode 1 of The Power of the Daleks will debut in November. The remaining episodes will release once a day consecutively. It seems the leaked footage was legitimate, though the BBC remains silent on the issue. We’re not sure why they’re being so coy about it. There’s no Doctor Who news at the moment and no new episodes are hitting the air waves. So there’s no chance of saturating the market with info. Either way, we have something to look forward to.