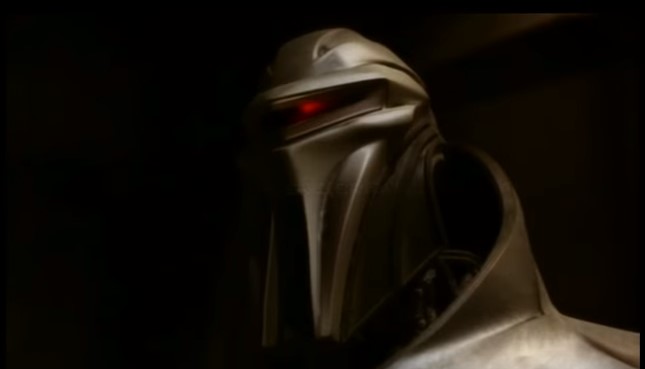 The full-feature adaptation of Battlestar Galactica has been in the works for almost ten years. Thus far, the production has yet to make significant progress. Thankfully, a breakthrough has been recently reached.

According to several reports, Jay Basu, famous for his role in the Dragon Tattoo franchise and The Girl in the Spider’s Web, has signed on to pen the upcoming Battlestar Galactica movie. While there is already an exciting screenplay written by Lisa Joy from Westworld, it remains unclear if Basu was hired to polish the existing text or rewrite the entire thing. Nevertheless, a new writer on a highly-anticipated film is exciting news for the franchise’s fans.

Earlier this year, Francis Lawrence, the director hired by Universal Studios to take helms on the Galactica project, spoke about the direction he want his adaptation to go.

In the interview with Coming Soon, Lawrence assured fans that just like them he has been watching Battlestar Galactica from the very start. Because he is also a fan, they can rest easy that he would treat it with just as much reverence:

“Yeah, I’m working on that, that’s something I’m developing. I’m working on that with Lisa Joy, who is one of the creators of “Westworld.” The original series was actually one of the first sets that I ever went on. I remember being a kid and loving that show and they were filming near my house and my mom took me down there and I got to try on a Cylon helmet. I loved that show as a kid. I loved the Ron Moore Show too.”

With that said, Lawrence explained that the feature he is currently crafting would be recognizable to long-time fans of the franchise. There would be a lot of visual features that would pay homage to all the television series and short movies that came before the full-length feature:

“There will definitely be visual nods. We’re all fans of both series so there will definitely be nods, but for it to be worth doing for us we have to have our own take on it. Without getting into too much detail, there is thematic kind of stuff to make it relevant today. What makes something interesting to do is if there’s a relevance to the world we live in now.”

Jay Basu and Lisa Joy aren’t the first writers hired to work on the project. As early as 2011, there have been reports that John Orloff has been asked to write the Battlestar Galactica movie. In an interview with Deadline, Orloff seemed excited to have a part on the project:

“I have wanted to write this movie since I was 12 years old, and built a Galactica model from scratch out of balsa wood, cardboard, old model parts and LEDs. I love BSG, and I would pass on the job rather than frak it up.”

At this point, there has yet to be an announcement as to who have signed on to play parts in the movie. Likewise, the film’s premiere seems to be far off into the horizon.