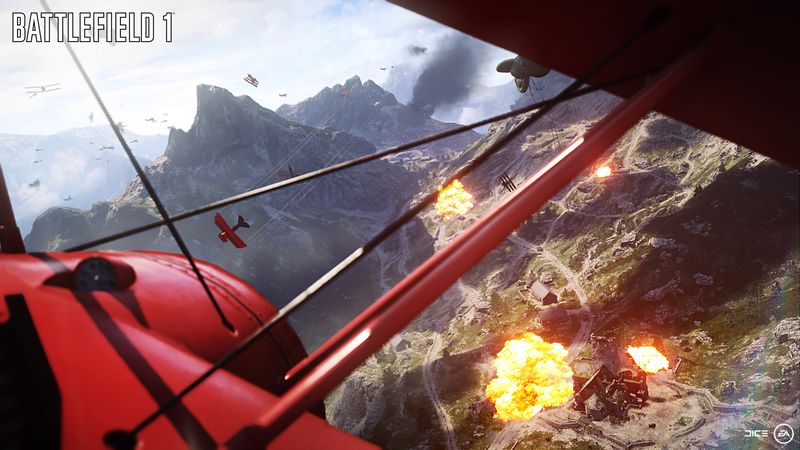 EA, like Activision, suffered through many leaks before finally revealing the next title in their flagship first-person shooter series. Battlefield has made its grand return in the form of Battlefield 1 and if the game is half as explosive as the trailer, BF fans are in for a treat.

The game is set in World War 1, hence the title, and players can expect to experience “war on an epic scale.”

“Take the battle from the scenic Italian coast to the scorching Arabian deserts. Discover classic Battlefield gameplay through an adventure-filled campaign, or squad up and join epic multiplayer battles with up to 64 players.”

Players will be introduced to all-out-war at its dawning stages, where the modern weaponry of the time will be used to battle across land, air, and sea. A post on the game’s website touts it as the most dynamic game of the franchise yet, while also promising no battle will ever be the same as the last.

The game launches on October 21 for PS4, PC, and Xbox One, but EA Access members on Xbox will experience the title early for a limited time prior to release. However, those who purchase the Early Enlister Deluxe Edition will have full access to the game on October 18. The Deluxe Edition costs $79.99 and will include: extra vehicles, weapons and emblems including the Red Baron Pack, the Lawrence of Arabia Pack, and new visual appearances for the Frontline Camouflage Train, the Night Raid Airship, and the Dazzle Camouflage Dreadnought. Pre-order purchases will also get the seven day early access to a free map this year and the Harlem Hellfighter Pack.

What do you think? Just days after the reveal of Call of Duty: Infinite Warfare, the friendly competition is back on.