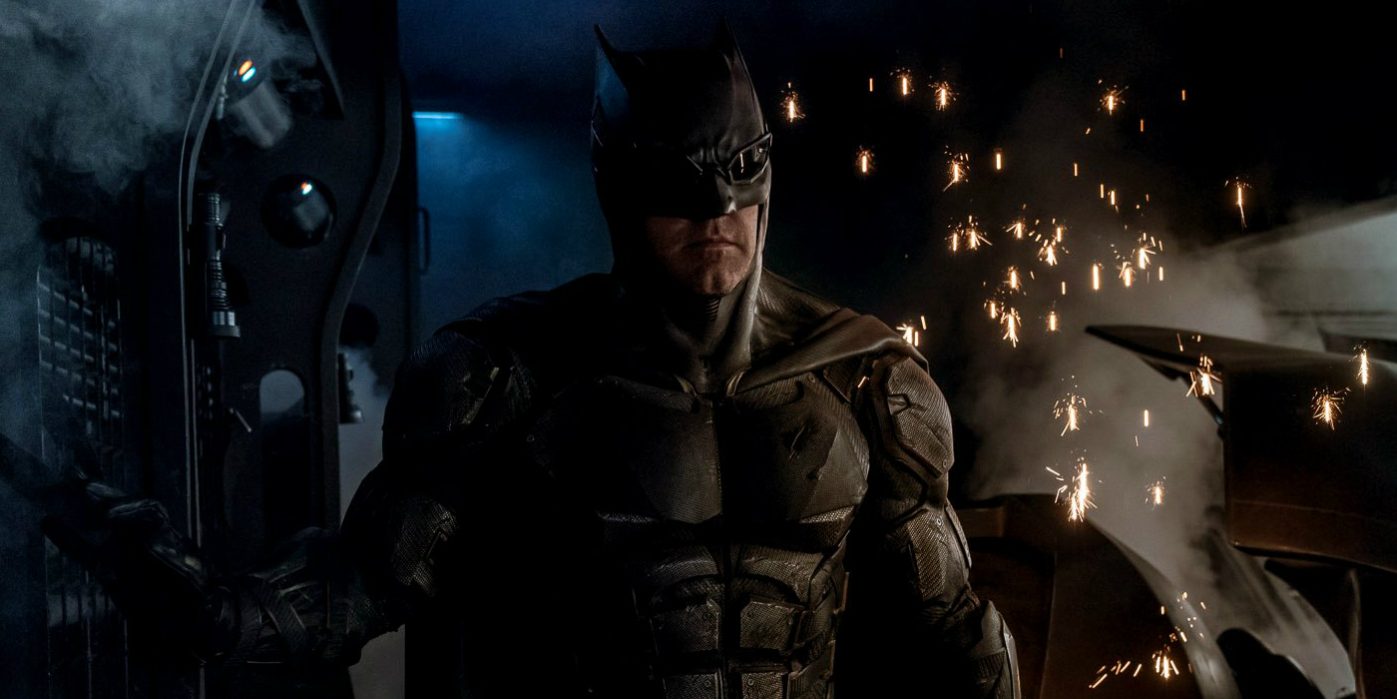 As previously noted, Warner Bros. is rolling out a set of character teaser trailer before Justice League’s new trailer debuts. The first teaser gave Aquaman a shot in the spotlight, but now it’s the Batman’s turn. Check out the latest teaser for the upcoming team-up below:

The sneak peek doesn’t give us too much of Affleck’s Bat that we have not seen before. However, there’s an incredible shot of him standing atop a Grim Reaper-looking statue that deserves several re-watches. Plus, more of the new Batmobile is seen in action, firing its guns with abandon. In short, this brief glimpse is awesome, perfectly setting up whatever we’ll be seeing in the coming days.

Batman’s teaser, like Aquaman’s before it, also came equipped with a new poster.

It offers the closest look yet at the new Batsuit, which appears to be taking on a more tactical structure. The Bat-Symbol on the new suit is much more defined, appearing to be more of a metal piece than the cloth or Kevlar in BvS. Is this is permanent garb, or is this suit for special cases only? From what we know the League will be up against, it may be the former. The Bat will need all the armor Wayne Enterprises can manufacture versus Steppenwolf and the Parademons.