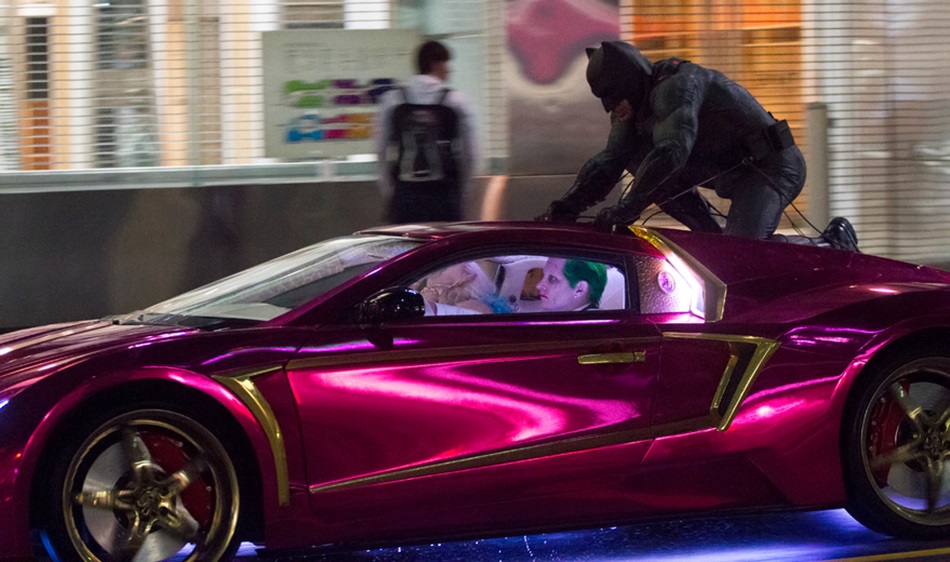 We may have just gotten the final trailer we are going to see for Suicide Squad before it arrives in cinemas at the beginning of next month. But that doesn’t mean we have been given everything there is to see about the movie, as this juicy new clip proves.

The new video, premiered when the film’s cast went on the Conan talk show, features none other than Batman himself chasing a cackling Joker and Harley Quinn. See it below:

We have known about this scene for a long while, ever since behind the scenes images were snapped during filming last year. However, this is our first look at it in context. The 30 second clip is sure to hit home with fans of the Batman: The Animated Series, for which Harley was created. Apart from the characters’ looks and the fact that it is live-action, the scene could easily have been lifted from an episode of BTAS. It’s easy to imagine Arleen Sorkin, the original voice of Harley, shouting “Stupid Bats, you’re ruining date night!”

Here’s the movie’s synopsis, if you need a quick refresher: