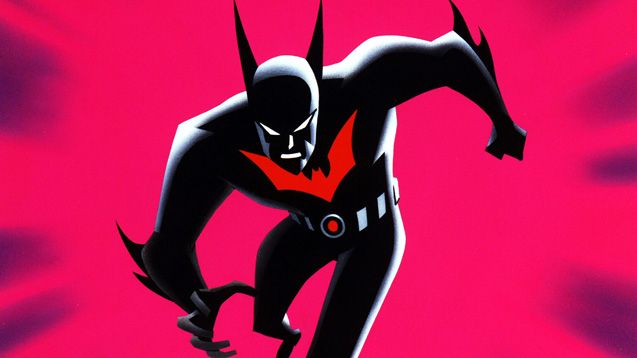 It’s no mystery that Spider-Man: Into the Spider-Verse was a big success for Sony, and now it looks like WB wants in on that animated superhero movie profit.

According to The GWW, Warner Bros Animation is now working on a Batman Beyond movie set for a theatrical release.

We don’t have any official details on the movie yet, but insider Daniel Richtman has said that the movie is looking for someone Asian-American to be the voice of Terry McGinnis. Too bad for original voice actor Will Friedle who has shown enthusiasm for coming back as the character only to be disappointed that they were recasting Terry for the film.

If you’re not familiar with Terry’s story, he’s a rough around the edges teen who finds his way under Bruce Wayne’s wing after he steals the high-tech batsuit from the Batcave to exact his own justice. He’s not really on top of things like Bruce’s Batman is, but he pretty much delivers his own kind of Batman.

The Justice League finale also reveals that Terry is Bruce Wayne’s son (via nanobots!) but it’s kind of complicated to explain.

With Batman Beyond ending way back in 2001, there is admittedly a huge chunk of the young fanbase who weren’t old enough to be familiar with Terry McGinnis. This new movie is a chance to introduced Terry to a new generation of fans, and I think with the Asian-American casting, he could be a new step toward representation of the Asian minorities.

Personally I don’t think race should be something considered when it comes to casting voiceover characters, but if Miles Morales was able to become a Spider-Man that young black kids could identify with, then I’m sure there’s an audience of kids out there just waiting for a Batman to call their own.

No release date has been announced for the Batman Beyond movie.