Skip to content
Home » ‘Batman: Arkham VR’ Will Be a 60-Minute Experience 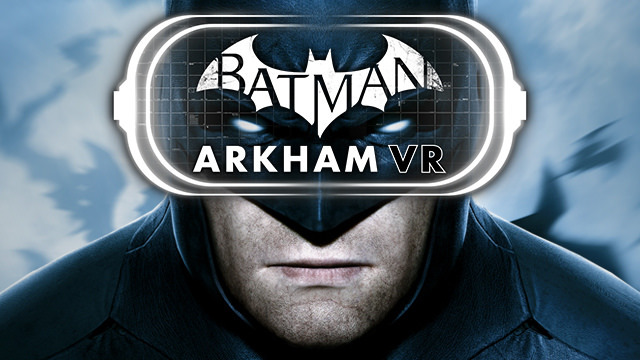 Ever since it was announced much to everybody’s surprise at Sony’s stellar E3 2016 press conference, many have been scrounging around the internet for more information on Batman: Arkham VR. Well thanks to none other than games industry veteran Geoff Keighley on the YouTube Live stage, the thirsty Bat-fanatics amongst us did not have to look very far.

In an interview with Rocksteady Studios game director Sefton Hill, it was revealed that Batman: Arkham VR will take around 60-minutes to complete and is an “emotional” murder-mystery set to emphasise the ‘worlds-greatest detective’ aspect of Batman’s character. When factoring in replayability however, the length of the experience can be doubled, something Sefton stressed is key to unearthing clues. Now before you go all crazy and start mouthing off in the comments, don’t forget the game is out on 13 October and seemed to have come as a surprise to the folks over Rocksteady, considering last year’s Batman: Arkham Knight was supposedly their final Batman game. Sefton said:

“We were kind of surprised ourselves really, because at the end of Arkham Knight we said that was our final Batman experience. But then the opportunity came up to work on a VR game and it just felt like such an interesting way to expand the Batman universe.”

Sefton also shared some more details about Batman: Arkham VR, stating there is a “lovely” suit-up sequence after entering the Batcave through the famous piano entrance in Wayne Mayor, and that three gadgets will be available in the experience — the Batarang, the Batclaw which will be used for traversal, and the Forensic Scanner. The experience will feature the reconstruction of crime scenes, previously seen in past Arkham games, one in particular being a fight between Nightwing and a “mystery assailant” which you watch and deconstruct all around you. Read into that as you will.

Although we hoped to spend countless hours lost in Batman: Arkham VR, if we know Rocksteady, this will be a experience with tons to offer. Now if you’ll excuse us, we have a PSVR to pre-order.