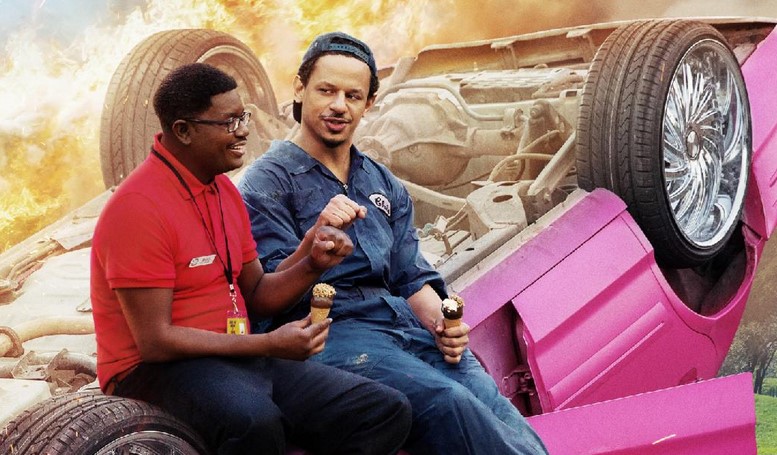 Movies like Borat and Bad Grandpa are a unique subset of the comedy genre where we have an actual story spliced with footage of people getting pranked. Now it looks like Eric Andre (of The Eric Andre how fame) is going to be doing his own take with Bad Trip.

This mix of a scripted buddy comedy road movie and a real hidden camera prank show follows the outrageous misadventures of two buds stuck in a rut who embark on a cross-country road trip to NYC. The storyline sets up shocking real pranks.

Besides Andre, the movie also stars the likes of Lil Rel Howery (Get Out) and Tiffany Haddish (Night School). The movie is also being directed by Kitao Sakurai who has also directed several episodes of The Eric Andre Show.

I’ll admit, Eric Andre’s comedy is a very unique brand, and I’m sure there are some people who don’t really appreciate his style. That being said, there are a lot of people who are huge fans of his, and a movie like Bad Trip should be something right up their alley.

Bad Trip was originally supposed to come out last year, but the pandemic has opted to have the release pushed back. Now the movie is set to come out on Netflix, and I’m sure a lot of people would find solace in a look at the pre-COVID world.

Catch Bad Trip when it hits Netflix on March 26.