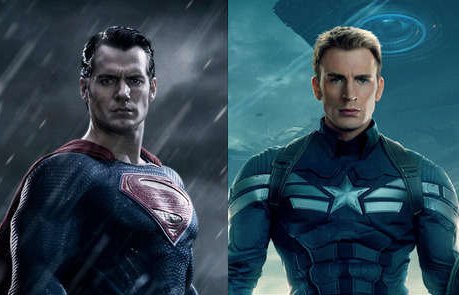 What could possibly make all of geekdom simultaneously lose their shit? Probably any number of things, but seeing Marvel’s Avengers go up against DC’s Justice League would likely be perched atop the wishlist of movie and comic nerds alike.

Too bad it’s just a pipe dream. Oh the humanity! However such things never stop true fans from bringing their dreams to fruition thanks to YouTube. Shawn Nider has created and edited the following fan-made trailer to satisfy a tiny piece of our unrequited desires: the Justice League finally meet their equals in the Avengers (try to overlook the sound bites clearly taken from the X-Men franchise; let’s not open that can of worms just yet).

Nider starts us off with a Flash vs. Quicksilver matchup, which is probably one of the most sought after pairings in any DC vs. Marvel debate. Hulk going up against Superman? Yeah, not sure how the planet would survive that one, not to mention poor Captain America, who seems to be running in the wake from that battle. 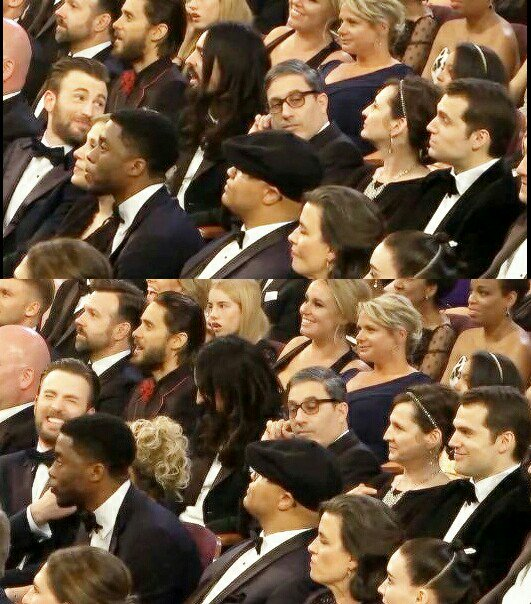 Something tells us there are no hard feelings.

Not wanting to let a good opportunity to trick fans get away from him, Marvel creator Stan Lee highlighted the trailer for April Fool’s Day: 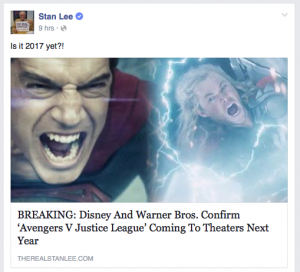 Until the seventh seal is opened and such a collaboration becomes reality we’ll have to satisfy ourselves with DC’s and Marvel’s respective releases. Hot on the heels of Batman V Superman: Dawn of Justice, which hit theaters a week ago, Suicide Squad is out August 5 while Justice League: Part One is set to release November 17, 2017. Marvel’s next huge offering comes in the form of Captain America: Civil War, opening May 6 followed by Doctor Strange on November 4.