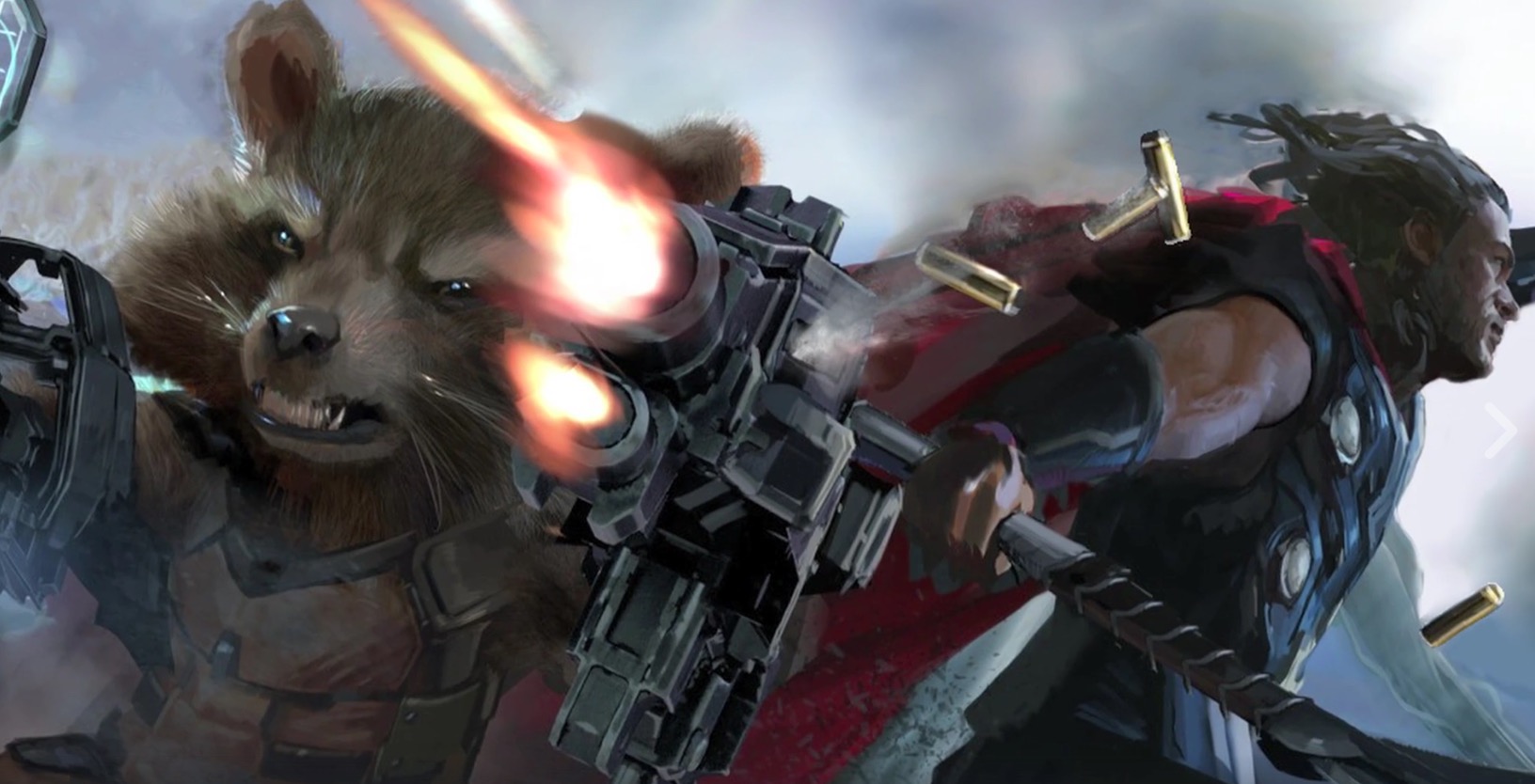 Marvel Entertainment is building up some assured hype for their most ambitious movie yet: Avengers: Infinity War. We still got a bit over a year before we get to see the film on the big screen, but Marvel Studios is teasing us with a short video of the first day of filming:

After a small supercut montage of the Infinity Stones’ unfolding story in the MCU, and some awesome re-purposed Collector (Benicio Del Toro) voice-over, we got to see a very interesting look at the first day of filming on set. Did anybody else’s geeky heart skip a beat when they saw Star-Lord (Chris Pratt), Iron Man (Robert Downey Jr.), and Spider-Man (Tom Holland) in one frame?

While a lot on this three-and-a-half minute video is antecedent MCU footage and images, it’s cool to get some new concept art (Did you notice the lack of Mjolnir in Thor’s hand?) and a few quotes from the movie’s directors, Anthony and Joe Russo, writers, Stephen McFeely and Cristopher Markus, and producer, Kevin Feige. Feige explained how Captain America: Civil War was the set-up for this movie:

“Avengers: Infinity War […] really is an unprecedented culmination of a series of films interlinked together, which at the time had never been done before, and for us the important this is making it all come together. We know they’re gonna face Thanos, we’ve been setting that up since Avengers One. How do you do that in a way that is unexpected; that pits the Avengers against somebody that is more powerful than anybody they’ve faced and then yet make them completely unprepared to face him? Well, tear them apart.

“Thanos shows us why he is the biggest, the best, the baddest villain that we’ve ever had, and the most frightening villain the Avengers have ever faced.”

This very much coincides with a previous quote from Feige on how the movie’s focal point will be on the main antagonist. While the producer talked about the villain, Joe Russo touched on the roster:

“Because of what Marvel is, because of what they have done over the last ten years, these next two Avengers films will be an event like no one has ever seen on film before.”

Excited yet? This video does bring up the question: Is this a one-time deal, or are we getting glimpses of Day Two, Day Six, or even Day 45 of shooting? Adding to this wonderful teaser treat, Robert Downey Jr. did go on Facebook from the set of the movie in a Live Video:

FB Live from the set of Avengers: Infinity War!!!

Until then, there’s plenty of MCU to look forward to and satisfy our geek needs. The next installment of Marvel Studios‘ third phase comes a whole year before Infinity War in the form of Guardians of the Galaxy Vol. 2 on May 5, 2017.