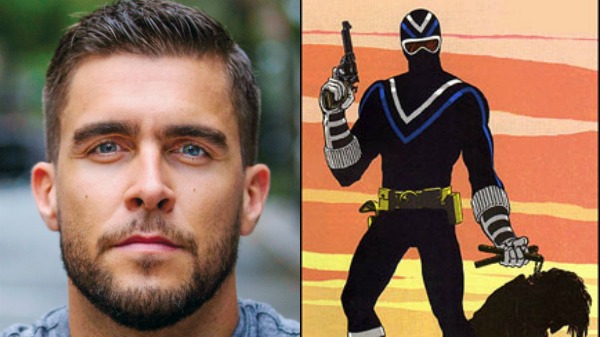 Well, I guess it had to happen at some point. Arrow has always been about the vigilante side of the superhero genre, so eventually the show was going to add the DC character that hits that theme right on the nose.

Deadline have revealed that Chicago P.D‘s Josh Segarra is joining the show as a new series regular next season. He will play Adrian Chase, Star City’s new district attorney and ally of newly elected Mayor Oliver Queen. No doubt the character will follow his comic counterpart by also becoming the costumed crime fighter Vigilante. In the source material, the character has a similar backstory to Marvel’s The Punisher as – warning: potential spoilers for the show – his family are brutally murdered by mobsters. This causes him to lose faith in the legal system and to tackle hoodlums by himself. Vigilante first debuted in 1983 and was created by Marv Wolfman and George Perez.

This follows hot on the heels of the announcement that season five would also introduce another vigilante called Wild Dog, as played by Rick Gonzalez. This duo of new grittier vigilante types fits in with what Stephen Amell has said about the scaled back direction season five will go in. After the past few seasons have upped the more fantastical side of things, particularly season four with its emphasis on magic, hopefully this season will set the show back on track. The character’s similarity to Frank Castle also suggests the showrunners have been turning to Daredevil for inspiration, which is no a bad thing.

Arrow season five will most likely begin this October. Segarra and Gonzalez will join Stephen Amell, Emily Bett Rickards, David Ramsey, Willa Howard and John Barrowman as regulars. Echo Kellum as Curtis Holt has also been promoted from a recurring character to a regular for next season.