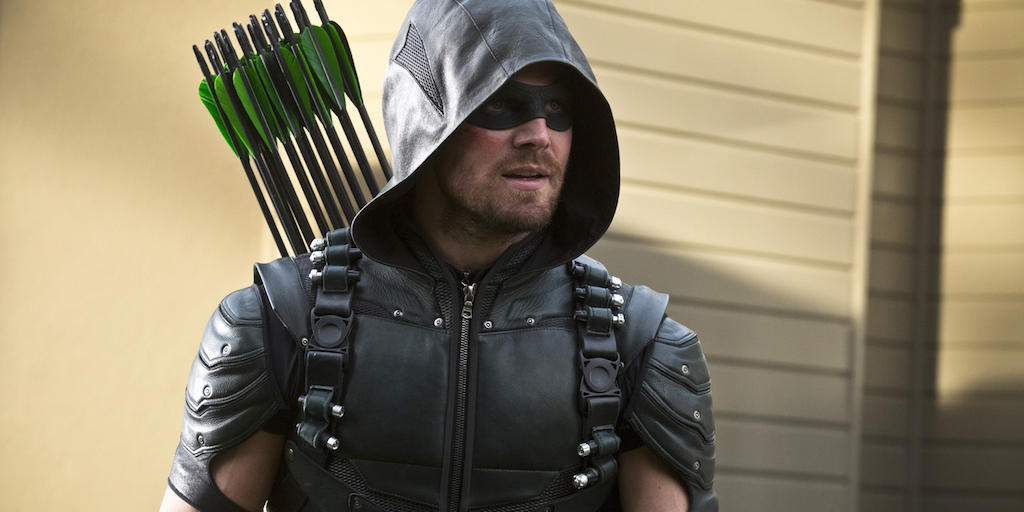 Kevin Smith took the Arrowverse by storm when he directed what he considers his best work on The Flash. His Flash directorial debut was the Runaway Dinosaur episode, and his Season 3 return was soon announced. Afterwards, the director voiced interest in writing a few Arrow episodes. Smith even briefly outlined his plans, saying Onomatopoeia, his creation, would be perfect for a two-part story arc. Stephen Amell agreed, but has since revealed that this idea, and Smith’s directing, likely won’t come to fruition anytime soon.

“I’d say [chances of Smith ever directing Arrow] are good,” he noted on a Facebook chat. “He’s not directing one this year, unless things change, which they always can, and they already have, so please try to interpret that the best way you can.”

Production begins on Season 5 in a few days. Amell teased the premiere, expressing excitement about the script and what the team has planned. However, it’s highly unlikely everything is mapped out, especially in regards to the directors that have been tapped. Like the actor mentions in his statement, things can and probably will change.

Aside from the chances of Kevin Smith helming an episode, Arrow fans have plenty to be thrilled about. New villains and vigilantes are being cast left and right. There’s potential of The Flash’s Flashpoint bleeding over in some manner. And last, but not least, Roy Harper/Arsenal is set to return. Season 5 is looking to be guided by a new found focus audiences have been missing for the last couple of years. Here’s to hoping it will be apparent out the gate once the show returns this fall on October 5.