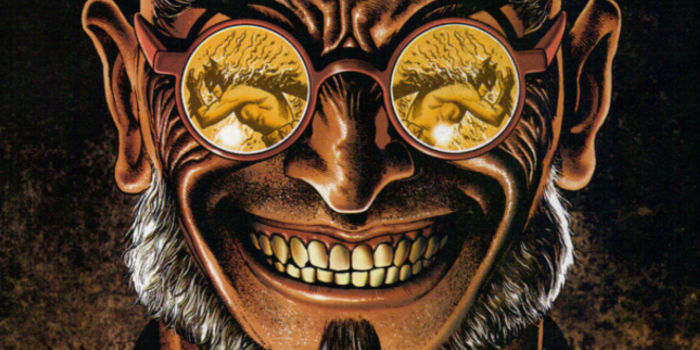 How can there be a Batman story told that doesn’t feature the Batman? Gotham seems to be managing just fine, and other media will likely take note. The Dark Knight’s history provides innumerable possibilities for the narratives capable of being told. However, the key is in finding what to tell and how to tell it. Characters like Professor Hugo Strange are ripe for the picking. He’s beloved, has a sick fascination with the Bat, and each iteration offers a different take on his unique brand of crazy. In recent years, the psychological expert has received plenty of attention in television, games, and comics. The following fan film explores Strange’s backstory in a proof-of-concept project loosely based on Knightfall.

Strange narrates his off-putting tale, which seems to borrow gothic tropes from Mary Shelley’s Frankenstein, to a shocking listener — Joker. Below the video on Arkham Journal’s YouTube channel, the team explains their vision for this stunning short. It doesn’t need to be said, but they nailed it.

“Arkham’s Journal – Pilot Promo, is an independent production that is based around the super villains of the batman universe. Filmed in and around Toronto, this short proof-of-concept film provides a small insight into the untold stories of Gotham’s darkest hour. With the timeline loosely based around the Batman comic, Knightfall, Arkham’s Journal is told through the words of Dr. Arkham’s Journal, detailing the lives of all the Arkham Asylum patients.

“This Arkham’s Journal pilot promo is a short clip from a larger story, showing you our vision of a sinister batman universe. In this particular short we take a brief look at how two villains, Bane & Dr.Hugo Strange, crossed paths and our depiction of their origins.

“We wanted to make a picture that could really express the quintessentially dark tone of the batman universe, and thus the villains that always come associated with it… and let’s face it, the Villains are the most interesting and complex characters of them all! From the original score, to the cinematography and the overall tone of this film, Arkham’s Journal really wants to provide a tense, raw and gritty ambience for everyone to sink their teeth into.”

Bane’s being on the lose, with Hugo Strange locked behind bars, ties nicely into the events of Knightfall. It offers a unique spin on the decades old tale, while maintaining the original’s tone. The progression of the narrative should also be commended. It unfolds organically, providing Strange’s narration an extra bit of mysticism before all is revealed in the final scene.

Whatever is planned for the project will definitely have the attention of many. Arkham’s Journal is wonderfully shot, brilliantly paced, and is sure to put smiles on the faces Batfans.