Skip to content
Home » “Are We Having Fun Yet?”: Party Down Revival in the Works 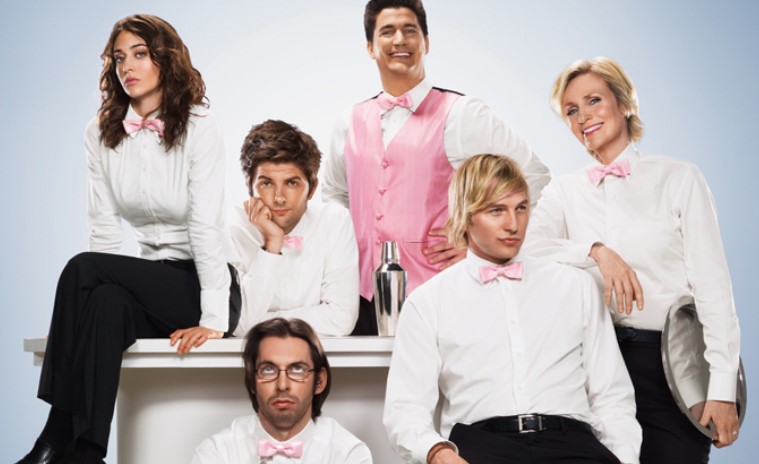 Party Down was a short-lived comedy series on Starz that ran from 2009–2010. A lot of fans have been asking for some kind of revival or reunion for a while, and it looks like Starz is now going to deliver.

According to Variety, Starz is bringing back Party Down for a limited 6-part series, and while it hasn’t been confirmed, it seems like the show is planning to bring back the original cast. Executive Producer Rob Thomas shared:

“At the end of 2019, the ‘Party Down’ cast and producers were all reunited at a retrospective for the show hosted by Vulture. We had such a good time that we wanted to find a way to get the team back together again… The cast is so busy these days that finding a window where we can do it may require trigonometry, but we’re determined to make it happen.”

For context, Party Down was a show that followed a team of caterers in Los Angeles, each of them with their own dreams of hitting it big in Hollywood. The show had an amazing cast which had included Adam Scott (Parks and Recreation), Lizzy Caplan (Masters of Sex), Jane Lynch (Glee), Martin Starr (Silicon Valley), and Ryan Hansen (Veronica Mars), and Ken Marino (Wet Hot American Summer). Megan Mullally (Will & Grace) had also become a regular in the second season; and the show had some great guest stars that included the likes of J.K. Simmons, Kristen Bell, and Steve Guttenberg.

We don’t know what the limited series could be about yet, but it would be great to get an update on the characters over the last 10 years. Did Henry stick to acting this time? Does Casey still do stand-up? Will Ron ever get to recover from Soup ‘r Crackers?

No release date has been set for the Party Down revival.