DC’s Aquaman is literally a day away from its US premiere. Unsurprisingly, the cast and crew of the highly anticipated movie are doing their due diligence – appropriately teasing their fans even further. In fact, Jason Momoa aka Aquaman himself recently sat down with the press to discuss his role as the king of Atlantis. During the interview, he got to compare two directors that shaped his role as Aquaman – Zack Snyder and James Wan.

According to Momoa in an interview with Screenrant, working with both Snyder and Wan has been an honor for him. He believes that both directors had a hand in making Aquaman the character that fans would enjoy on the big screen this week.

For Momoa, Snyder perfectly captured the tone of who Aquaman was. The director knew exactly how much of the character he should reveal so moviegoers would be enticed:

“Both the directors were phenomenal at taking ideas and what I wanted to put in it, but Zack really set the tone for it and had the right flavors that I wanted, so his pitch made me want to play it. I think- you know, we don’t really get to Aquaman – or the King of Atlantis – until the last frames of this movie, so, you know, there’s three movies of the reluctant hero; flawed, rascal, just all this stuff that I find very attractive in being, you know- Zack wanted to make him a badass, wanted to make him an outlaw, wanted him to be just not accepted by anyone”

On the other hand, it was Wan’s job to flesh out the teaser Snyder provided. Momoa thinks he was able to create a beautiful world in which Aquaman was a part of:

“Then James, in turn, built a world that is so beautiful, and then let that same character go back to his roots, which then you can see a softer side, how he would act around his pops, and, you know, he- same thing… reluctant. But he gets his butt kicked the whole movie. Really, there were moments where I was like, “James…” And he just gets beat up to the point where he wants to give up, and that’s still an amazing, vulnerable thing – where Mera’s stronger than him.”

Speaking of Mera, Amber Heard also recently revealed a few details about signing on to the film.

In a separate interview with Screenrant, the actress explained that she was initially hesitant to take on the role. She said that she never imagined herself to be part of a superhero franchise.

However, upon learning more about Mera, she knew that it was a role she couldn’t pass up:

“It’s a strong, badass, kickass, fierce warrior superhero in her own right. You know? She is the driving force in the script- I mean, of the story. She’s the driving force of really making Aquaman Aquaman. She turns Arthur into Aquaman. And she figures everything out. She knows what is right, and she knows what is wrong, and she has willpower to execute it. And I love that about her.” 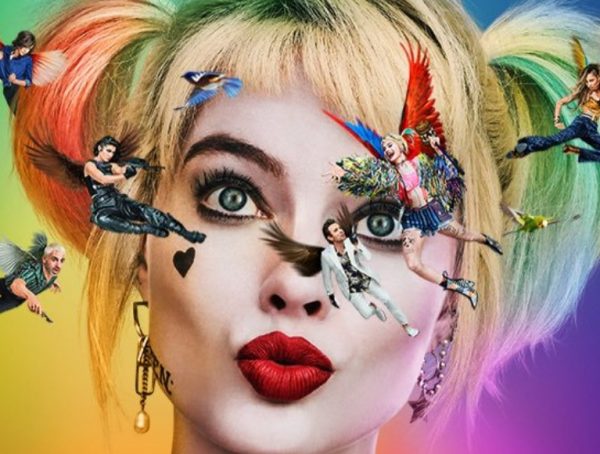 News
WB is Already Discussing the Next Harley Quinn Film