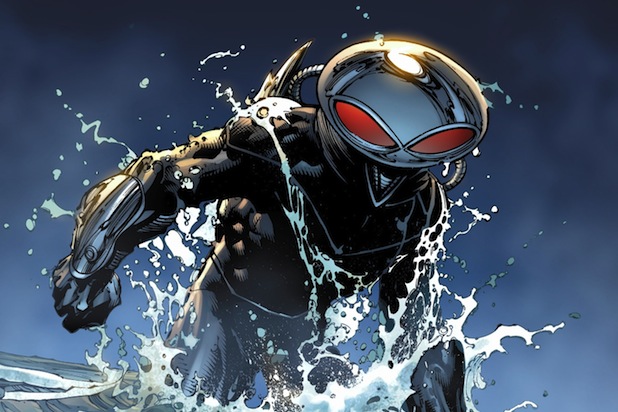 The DCEU continues to press forward with a new casting announcement for the role of Black Manta in Aquaman, according to The Hollywood Reporter. Playing opposite lead star Jason Mamoa is The Get Down actor Yahya Abdul-Mateen II, best known for his role of Cadillac in the Netflix music series.  It is not known which origin, if at all, will be given to the Black Manta character, or if he will be the only villain of the film.

Aquaman is currently in pre-production, with Mamoa just finishing his principal photography on Justice League recently.  James Wan (Furious 7, The Conjuring) is directing the standalone feature, which also stars Amber Heard and Willem Dafoe.  It is unknown if any of the other DCEU characters will make an appearance.  Filming for the tentpole Warner Bros. film is scheduled to begin in May.

Before Aquaman hits theaters, audiences will be treated to (or burdened with) Wonder Woman on June 2, Justice League on November 17, and an Untitled Film (possibly The Batman) on July 27, 2018.  This should give the DCEU enough to right the rocky road it’s been traveling since opening with the mixed reception of Man of Steel in 2013.  The comic book-based franchise has been met with further negative marks from fans and critics with the otherwise financial successful releases of Batman v Superman and Suicide Squad.

After yesterday’s somewhat disappointing news that Ben Affleck would no longer be directing The Batman, it is welcome news that a talented actor like Abdul-Mateen will be joining Aquaman.  The titan of the sea will swim into cinemas (in his own movie) on October 5, 2018.  Yahya Abdul-Mateen II can currently be seen in The Get Down, streaming on Netflix, and will be hitting the waters in this summer’s Baywatch opposite Dwayne Johnson and Zac Efron.