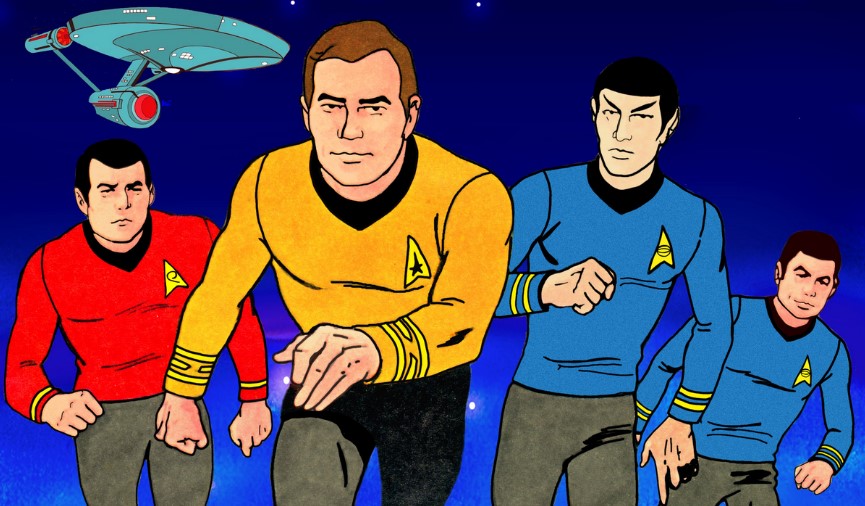 Dan and Kevin Hageman are the guys behind shows like Ninjago: Masters of Spinjutzu and Trollhunters, and now they’re teaming up with Nickelodeon to bring us an animated cartoon where no man has gone before.

According to Variety, the two will be working on a CG-animated version of Star Trek, and it will focus on a group of teen rebels who find themselves an old and derelict Starfleet ship and use it to travel the galaxy.

Alex Kurtzman, who has been attached to every other Star Trek project since the 2009 film, is also attached as executive producer on the show, and he has this to say about the Hagemans working on the series for Nick:

“‘Star Trek’s’ mission is to inspire generations of dreamers to build a brighter future. Dan and Kevin have crafted a story that honors its exploratory spirit in a way that’s never been done before, while the Nickelodeon team blew us away with their excitement at bringing ‘Trek’ to a younger generation around the world.”

What’s also interesting is, this isn’t the only animated Trek series coming our way. CBS has also greenlit a show called Star Trek: Lower Decks, and it will focus on the grunts of Starfleet, the red shirts working behind the scenes. What’s cool is, it also comes from Rick and Morty writer Mike McMahan.

We don’t have any release dates announced for any of these shows, but hopefully we can get some kind of sneak peek come SDCC 2019 in July.