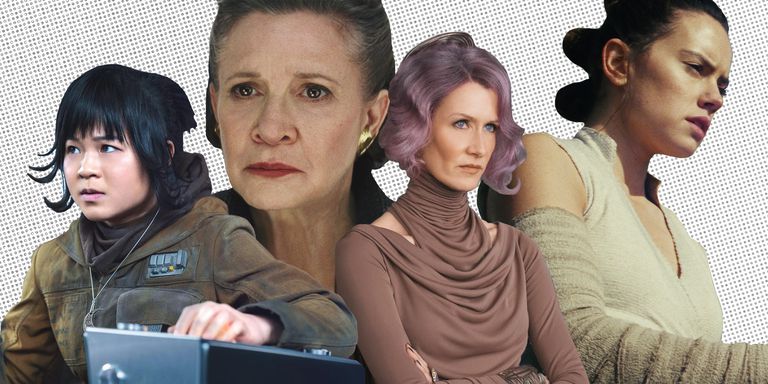 ‘Star Wars: The Last Jedi‘ is polarizing, to say the least. Since it came out December last year, fans have had very strong opinions about the movie. Some love the refreshing take on a much-beloved franchise. Still, there are others who feel like the Episode XIII is too far removed from the ‘Star Wars‘ people know and love. The reactions have been so vehement that a few fans have taken it upon themselves to edit the movie to reflect what they expected to see.

Last week, a Star Wars fan uploaded an edit of ‘The Last Jedi‘ on The Pirate Bay. This edit took out almost all female characters in the movie. For reference, ‘Star Wars: The Last Jedi‘ is two and a half hours long. Taking out almost all scenes that included women dwindled the feature to 46 minutes. According to the anonymous user, the edit has made the movie watchable and less nauseating:

“It can now at least be viewed without feeling nauseous about most of the terrible big and small decisions they made in this film. Also, at least the intro sequence is now very watchable and actually much cooler without all of Leia’s nitpicking. Now it’s all one united Resistance fighting without inner conflict and that’s much more satisfying to watch.”

The cast and crew of the movie have since commented on the 46-minute edit. Eloquently, Rian Johnson, the movie’s director has this to say:

The women of Dorkly.com have since created their very own version of ‘The Last Jedi‘ – this time with all the men edited out. The team explains that they can’t release their version without the risk of Disney suing them for copyright infringement but they can show how easy it is to have a workable narrative without all the men.

In the post published a couple of days ago, the team explains that it is fairly simple to edit the film. All that title sequence needed is removing any mention of Supreme Leader Snoke:

“So how do you make a Star Wars movie without men, anyway? It’s actually pretty easy. Throughout the course of making this edit, I found that the plot was much simpler and easier to follow without dudes mucking up the works. For instance, the opening crawl is a lot simpler if you remove references to Supreme Leader Snoke.”

It becomes difficult when they had to edit The First Order. The First Order isn’t exactly a bastion of diversity and equality. By far, there is only one woman in the entire crew manning the controls:

“To my knowledge, this character doesn’t have a name outside of something like First Order Operator #421, so let’s call her Kayla. She looks like a Kayla. So let’s keep in mind that throughout the film, the Resistance is being pursued by Supreme Leader Kayla and her massive fleet.”

While the story is cohesive, the team admits that taking out men from ‘The Last Jedi‘ makes for an unbalanced feature. Nevertheless, they say the movie is more enjoyable without the men and the whining that comes with them:

“Removing men from Star Wars does throw things off balance and the result is a bit rough around the edges, but it does substantially cut down on characters whining about not getting their way.”

What did you think of the edit? Do you think Star Wars has become a beacon of political SJW beliefs or do you think it’s just staying relatable to today’s society? Let us know what you think in the comments below.