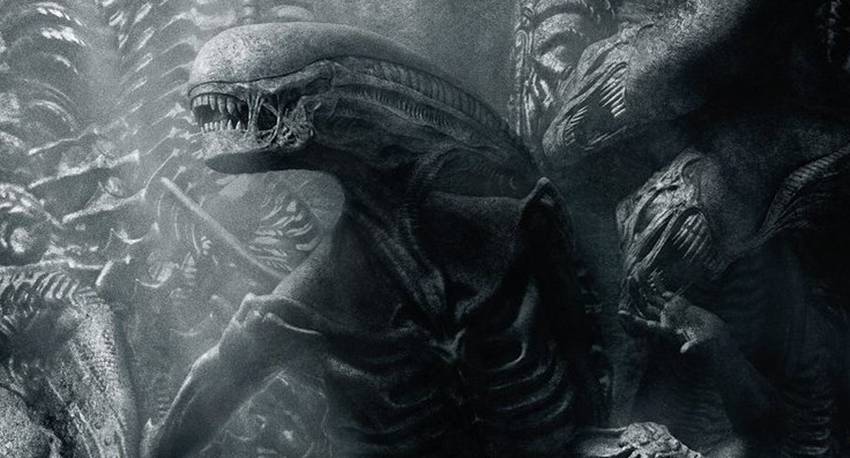 As those of us obsessed with the Alien franchise await our next voyage into the horrific reaches of outer space (where no one can hear you say, “Who knew all those sci-fi films were right and coming out here was a terrible mistake”), there’s been a nagging question regarding Alien: Covenant. And it’s just recently been answered.

Since Alien: Covenant takes place after Prometheus and before the original Alien franchise, how Covenant connects to the two films has been a mystery. It’s only made more mysterious by a scene in the latest trailer. The scene features what looks like an Engineer graveyard (the guys that created the human race, then wanted to wipe us out, then sort of contributed to the creation of the Xenomorphs). What does this scene mean? How do the Engineers play a role in Covenant?

According to The Playlist, attendees of the latest CinemaCon got the answer. Ridley Scott and Fox showcased a new clip that explains the connection between the planet our crew finds themselves on in Covenant and the plot of Prometheus.

Turn away now if you want to avoid spoilers!!

“The sneak began with the spacecraft from the last film arriving at the Engineers’ home world. Surprised, startled or curious about this ship’s arrival, hundreds of Engineers have gathered in what looks like a Roman or Greek coliseum for the ship to dock. As the Engineers look on, the base of the ship opens and we find David walking on a deck. He looks ragged, but fully operational in a complete body. Then, as the Engineer population looks on, a mass of black bombs fall from David’s ship. The crowd panics and tries to escape the arena, but the bombs quickly explode and douse them with a black ooze that is sickeningly familiar. The Engineers are quickly transformed into hundreds (or would that be thousands?) of alien creatures as David watches from above satisfied with his…revenge?

It looks like the planet the ‘Covenant’ crew have landed on is either the Engineers’ abandoned home world hundreds of years after David’s actions or a sister planet that David has also seeded with alien spores. As the first trailer depicts, this crew of the colony ship the Covenant lands only to find themselves infected with the same alien monstrosities that besieged the crew of the Prometheus.”

If you haven’t yet seen the newest Alien: Covenant trailer, here it is:

Unfortunately, we will have to wait until May for the complete answer, but it looks like the ill-fated Covenant crew can thank the Engineers for ruining their couples retreat. We, on the other hand, get to look forward to another one of Ridley Scott’s thrilling rides, and another addition to the ever-growing Alien franchise.