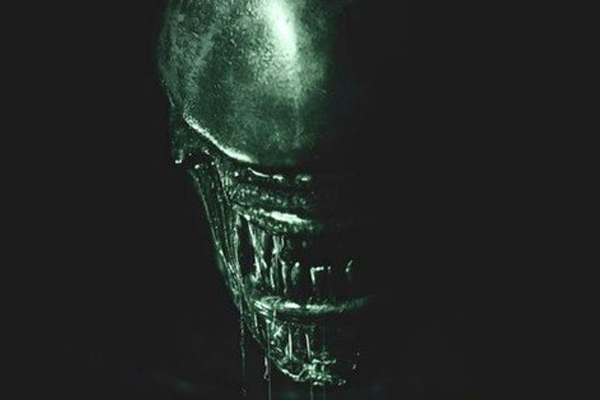 Alien: Covenant has debuted its highly effective first poster. One that features a familiar colour palette and not-so-friendly xenomorph face emerging from the darkness.

Perhaps looking to distance itself from the divisive (read: excellent) Prometheus, it’s an image that immediately draws parallels with the 1979 classic. Ridley Scott’s 2012 Alien origin story was meant to launch a trilogy that skirted the mythology of his ground-breaking original, but the mission statement now appears to be ‘the bitch is back’, front and centre. 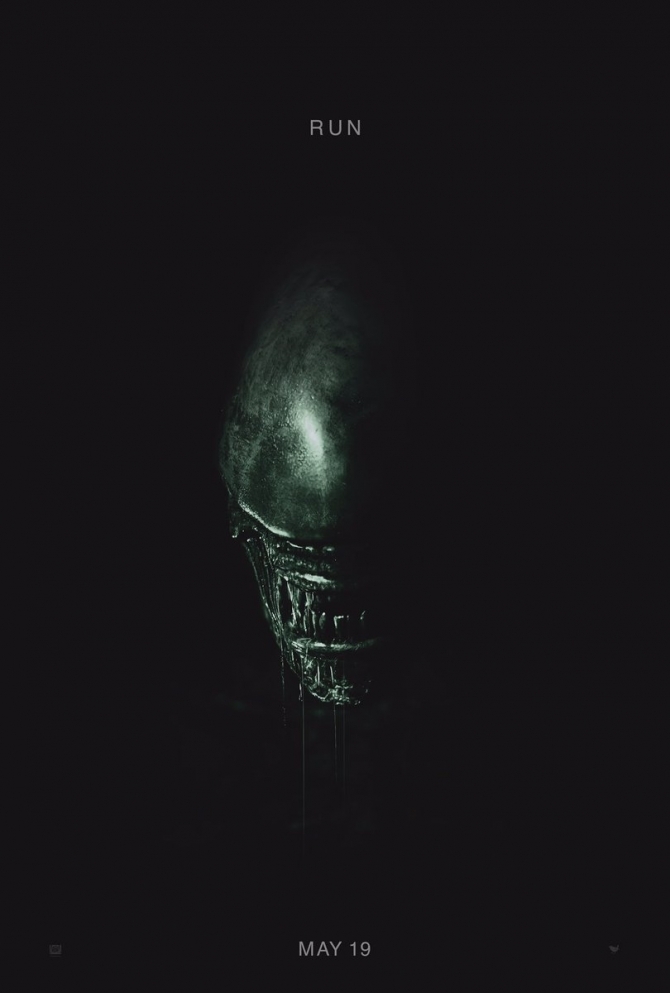 It’s a franchise which has always had some memorable poster taglines; from Alien with ‘In Space No One Can Hear You Scream’ to its sequel’s ‘This Time its War’. Covenant’s simple use of the word ‘RUN’ makes you think this could be a return to the haunted house horror elements that launched the franchise.

Equally exciting is the announcement that the chestburster blockbuster’s release date has been moved forward three months to May 2017. So we’ll get to see Noomi Rapace’s returning Dr. Elizabeth Shaw, Michael Fassbender’s David, and franchise newcomers Elizabeth Waterston, Billy Crudup, and Danny McBride, being picked off by the iconic beastie, three months earlier than its expected August arrival. Hopefully this implies studio confidence in what Ridley Scott has created, and coming off the back of his success with The Martian, you wouldn’t be surprised if his creative juices are as potent as the acid dripping from the Alien’s chops.

What we know so far from Fox’s official synopsis of the movie is that whilst ‘Bound for a remote planet on the far side of the galaxy, the crew of the colony ship Covenant discovers what they think is an uncharted paradise, but is actually a dark, dangerous world – whose sole inhabitant is the ‘synthetic’ David) survivor of the doomed Prometheus expedition’.

Alien Covenant is released May 2017. ‘Run’ to your nearest multiplex.