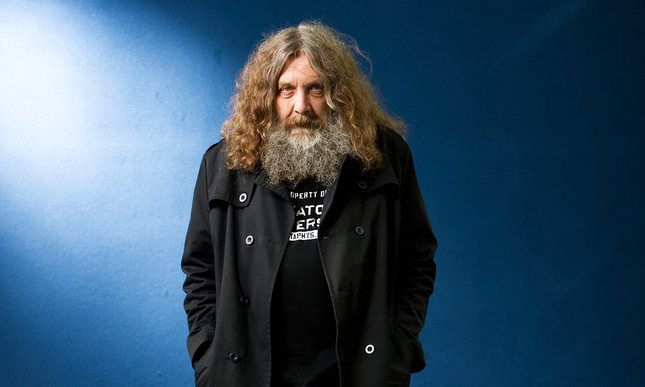 The author of V for Vendetta, Watchmen, The Killing Joke, The League of Extraordinary Gentlemen, and many other critically acclaimed comic book series is calling it quits. In an interview about his million-word novel, Jerusalem, with The Guardian, Alan Moore says he has “about 250 pages of comics left” in him:

“And those will probably be very enjoyable. There are a couple of issues of an Avatar [Press] book that I am doing at the moment, part of the HP Lovecraft work I’ve been working on recently. Me and Kevin will be finishing Cinema Purgatorio and we’ve got about one more book, a final book of League of Extraordinary Gentlemen to complete. After that, although I may do the odd little comics piece at some point in the future, I am pretty much done with comics.”

So, he still has a lot of projects he needs to finish before this announced comic book retirement. Of course, this doesn’t mean he will never write another comic book. He might come back… eventually.

“I think I have done enough for comics. I’ve done all that I can. I think if I were to continue to work in comics, inevitably the ideas would suffer, inevitably you’d start to see me retread old ground and I think both you and I probably deserve something better than that.”

Being such a comic book legend it is somewhat understandable that he’d be falling into a comfortable state in a medium he’s delved in for this long.

“So, the things that interest me at the moment are the things I don’t know if I can do, like films, where I haven’t got a clue what I am doing, or giant literary novels. Things I wasn’t sure I’d even have the stamina to finish … I know I am able to do anything anyone is capable of doing in the comic book medium. I don’t need to prove anything to myself or anyone else. Whereas these other fields are much more exciting to me. I will always revere comics as a medium. It is a wonderful medium.”

Alan Moore’s second novel, Jerusalem, has no release date yet and according to Comics Beat the book will be published by Norton/Knockabout.

Photo by Murdo Macleod from The Guardian