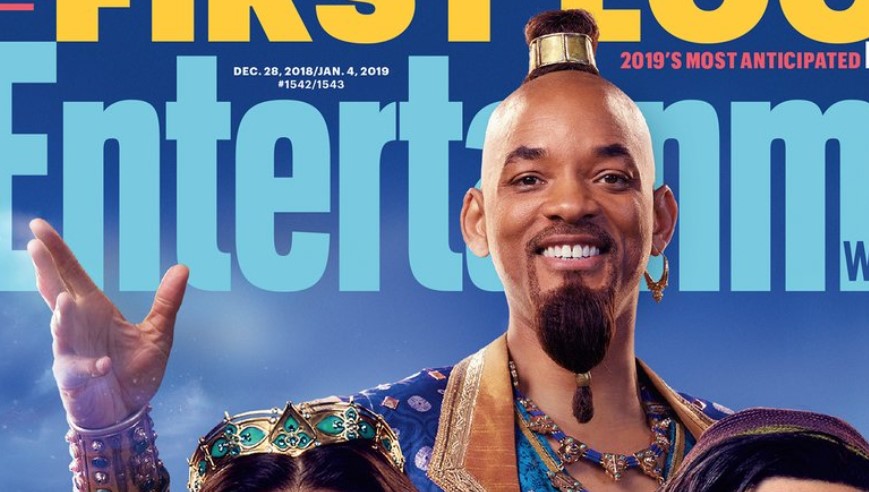 Next year will see the release of Disney’s live-action version of Aladdin, and the biggest star in the film is undoubtedly Will Smith who has been cast as the Genie. What’s cool is, Entertainment Weekly has finally given us our first look at Smith in costume, and he looks to have his own spin on the character.

If you’re bummed that Smith doesn’t have blue skin like in the cartoon, his look for the movie does seem to derive more from the Broadway version of the character. Check him out here:

With Robin Williams leaving such a lasting impression on the original portrayal, director Guy Ritchie talks about their approach to the Genie character with this movie:

“The great thing about the role of the Genie is that it’s essentially a hyperbole for who that individual actor is, so it’s a wonderful platform and tapestry for an actor to fill his boots on.”

Smith had this to say about playing the Genie:

“I started to feel confident that I could deliver something that was an homage to Robin Williams but was musically different… Just the flavor of the character would be different enough and unique enough that it would be in a different lane, versus trying to compete.”

If you’ve followed Smith’s career, you’ll know that he’s just oozing with charisma onscreen, and that’s what makes him a good choice to play the Genie. Of course, a lot of people will be doing their comparisons with Williams’ portrayal, but I guess we’ll just have to wait and see what the movie has in store before we pass our judgements.