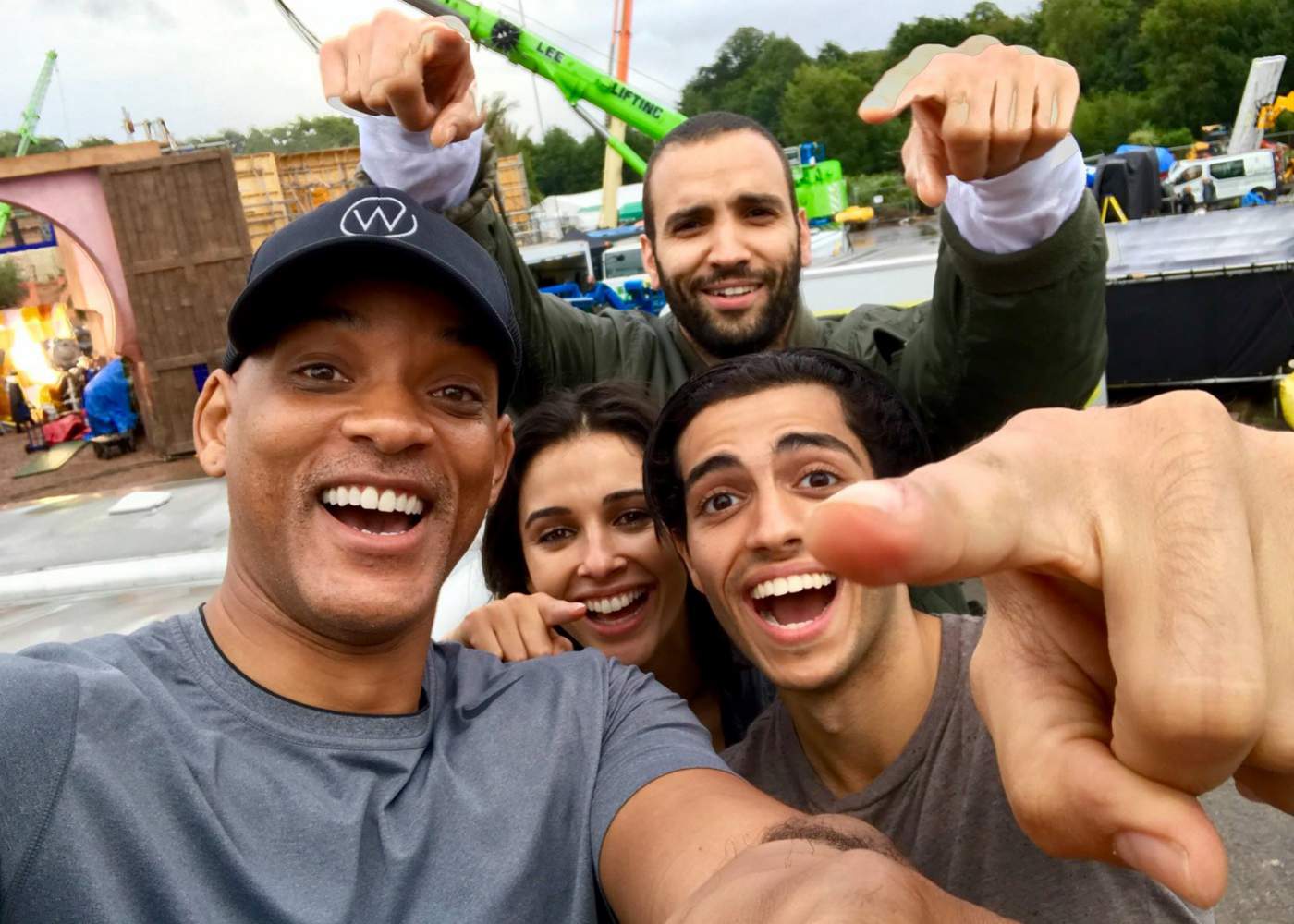 The new Aladdin cast stands assembled… on Will Smith’s Facebook. The actor, who replaces Robin Williams as the Genie, has celebrated the first day of filming on the Disney live-action remake by gathering the leads for a social media selfie.

Smith posted “We just started shooting Aladdin and I wanted to intro you guys to our new family… Mena Massoud/Aladdin, Naomi Scott/Princess Jasmine, Marwan Kenzari/Jafar, and I’m over here gettin my Genie on. Here we go!” The photo soon appeared on Disney’s Twitter account.

With the Aladdin cast fully formed, filming is underway at Longcross Stuidos, outside of London. Also cast, but not included in the picture are supporting actors Navid Negahban (Homeland) as Jasmine’s father, the Sultan of Agrabah, and a trio of new characters not featured in the animated movie. Nasim Pedrad (Saturday Night Live) plays Dalia, Princess Jasmine’s hand maiden; Billy Magnussen, from Bridge of Spies and Into the Woods, is Prince Anders, a would-be suitor to Jasmine from a nation called Skanland; and Numan Acar (Homeland) as Hakim, head of the palace guard and described as “Jafar’s right-hand man.”

With these new characters and a lack of Iago the parrot (it’s implied from the description that Hakim will be taking his place) it seems as though director Guy Richie will be departing more from the original animated movie than this year’s Beauty and the Beast, which stuck faithfully to the story, songs, and characters of the Disney classic.

Richie has little choice but to make some diversions from the animated movie. Will Smith’s Genie will almost certainly be a different take on the wish-granting sidekick than that of the late Robin Williams. However, Disney has announced that the original songs will all still be used, so we can expect a rap version of “You’ve Never Had a Friend Like Me.”

No release date has been set for Aladdin at this time.