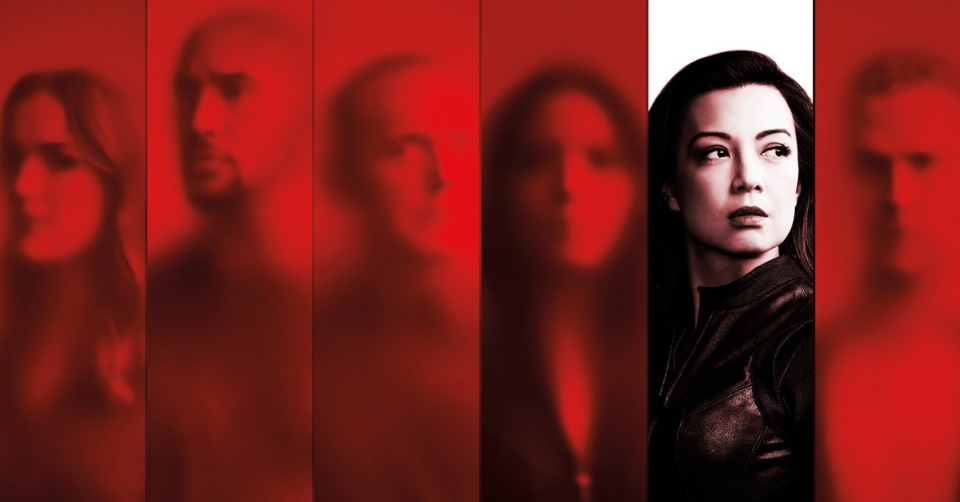 Ghost Rider is no more, and the Life Model Decoys (LMDs) are creating a home in this Marvel show. Agents of SHIELD has begun the midseason with a lot of unanswered questions being set up. Warning: This review will contain minor spoilers for episode nine of AoS’s fourth season: Broken Promises.

The series continues to show its strengths when it comes to creating a plot surrounded by mystery. After all, the series’ foundation is a spy organization. One of the things I must immediately praise is Mallory Jansen’s acting chops. Being a fan of Galavant, I knew how malevolent she could be, but here her character isn’t only antagonistic, she’s oddly straight-faced. Which makes sense considering she’s playing an android. AIDA was definitely the high point of this episode. For eight episodes we’ve seen her develop in the background only to find out she’s not the next Ultron, there are strings to be pulled. (Are you replaying that Pinocchio song from Age of Ultron in your head now? How ’bout now?)

The secondary plot of the episode brings us back to basics in the constant Inhumans’ ordeal of being hated by those who think this is an alien disease. The interesting thing about this plot is Ellen Nadeer and her now Inhuman brother, Vijay. Paraminder Nagra is playing the senator who had a hidden agenda working with the Watchdogs. She’s also a very strong presence in this episode that shows just the right amount of emotion to make us feel for her and then immediately hate her.

Those are character moments that definitely hook you into coming back. The episode had a lot of those moments. Elena “Yo-Yo” Rodriguez (Natalia Cordova-Buckley) and Mack (Henry Simmons) geeking out over killer robot movies from the 80s made me chuckle. Getting to see Mack wield his shotgun-axe in its entirety is very satisfying, even if a bit unsettling. Also, seeing Jemma Simmons (Elizabeth Henstridge) come from season one as a defenseless lab rat to an agent who can infiltrate and defend herself in the field is splendid. Character development is appropriately shown and acknowledged in this episode and Director Mace is there to be appalled by it all.

At the end of the previous episode, we were left with a very significant cliffhanger; May has been replaced with an LMD. While watching LMayD, as I nicknamed her, I kept looking for the smallest hints of her being self-aware. Does LMayD know she’s an LMD, or does she believe she’s the real deal?

Like I said before, this episode sets up this second story arc with a lot of unanswered questions. There’s a character’s motives that come into question at the end of the episode: Is this character under the Darkhold influence or is there some LMD alterations? What is this surprise villain trying to accomplish? How aware is AIDA really? What are Vijay Nadeer’s (Manish Dayal) Inhuman powers exactly? Who do the Watchdogs respond to? And whose side are the LMDs on? Hopefully, we won’t have to wait too long for the answers to all these questions.

Come for the comic book and MCU ties, stay for the well-developed characters, the LMDs, the mystery, and great humor. That jab at Terminator: Salvation was very funny icing on this SHIELD cake.