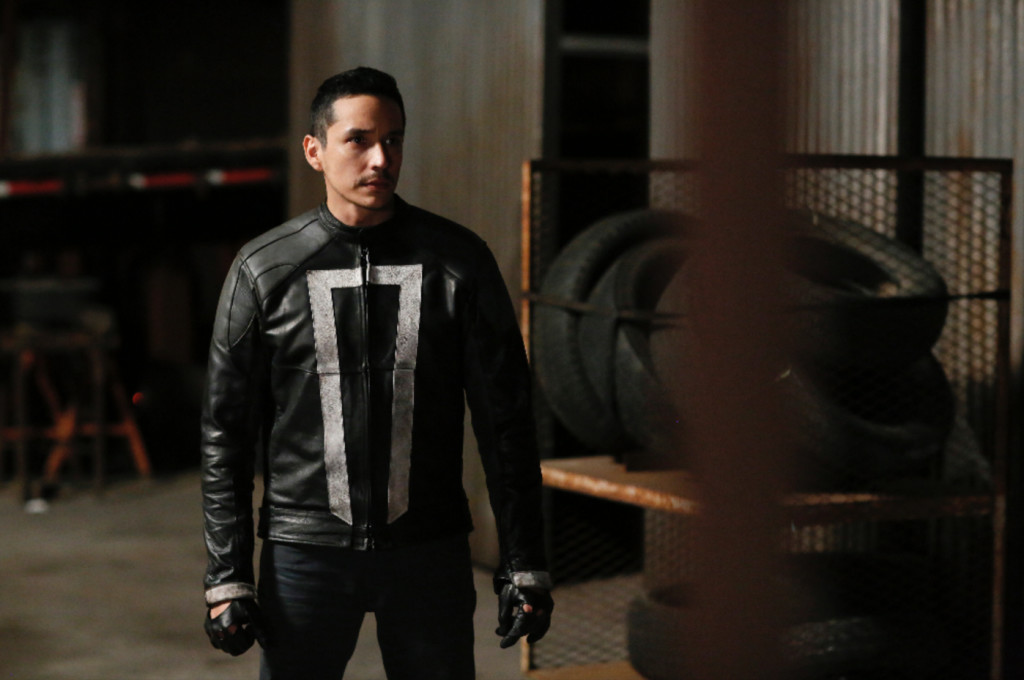 We were disappointed by the lack of flaming skull in our original story, but Marvel have delivered. Yahoo have just released a new look at Ghost Rider, this time with his head on fire. Check it out below, plus take a look at this Charger in action further down. 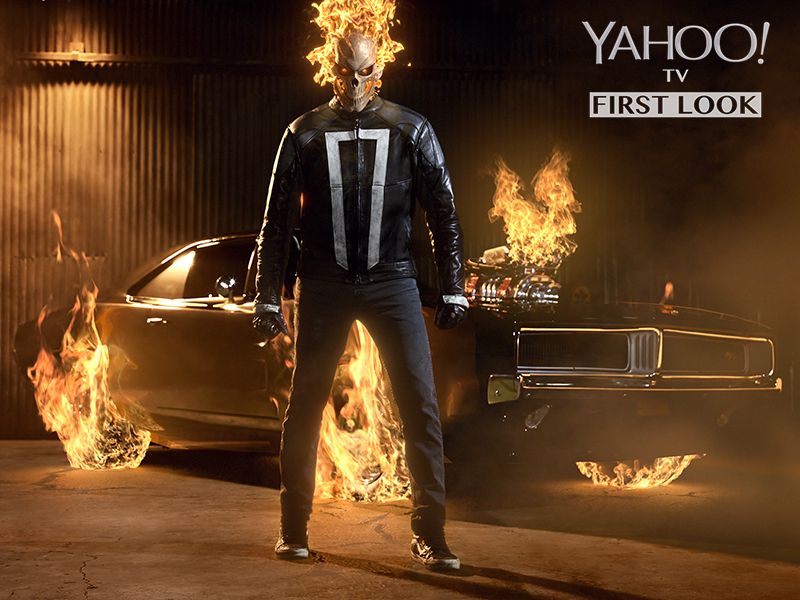 Are you ready for Agents of SHIELD: Ghost Rider? Judging by its new season promo, that’s the new name for AoS. With the Marvel series heading in to season 4, they’ve added serious firepower in the form of Robbie Reyes/Ghost Rider. The show isn’t hiding the new hero either, as they’ve put him front and centre in the promo. Sadly, though, there’s no flaming head just yet.

The character is obviously a massive draw for the show, so it’s quite a smart move to push the addition of such an interesting new element from the very start. While their additions of film stars and the Secret Warriors have been interesting, this is something completely fresh for this series. Even in the short teaser below, the tone already feels a lot different.

“They say when the rider burns you, he burns your soul” is a telling quote. That hopefully hints that this won’t be yet another Inhuman on the show. Adding Reyes should be a move away from the Inhuman storyline, towards something very different. While the Inhumans are a pretty big name for the series, adding Reyes needs to overshadow that. The character hasn’t been in live-action before, but the mantle has. Ghost Rider can surely draw a crowd.

This trailer also offers a glimpse at how the show is changing with a new timeslot. Seeing a victim of The Spirit of Vengeance shows how the series will be pushed into darker territory. The key now is to use the darker moments well, instead of just shoving them in because Daredevil was successful.

Overall, everything about Ghost Rider looks good. The effects on the flaming car are a lot better than many would have expected. It seems like ABC are using MCU level effects shots in their series.

Agents of SHIELD (:Ghost Rider?) returns for season 4 on September 20. 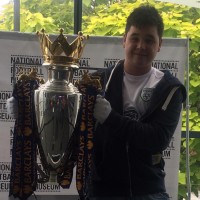