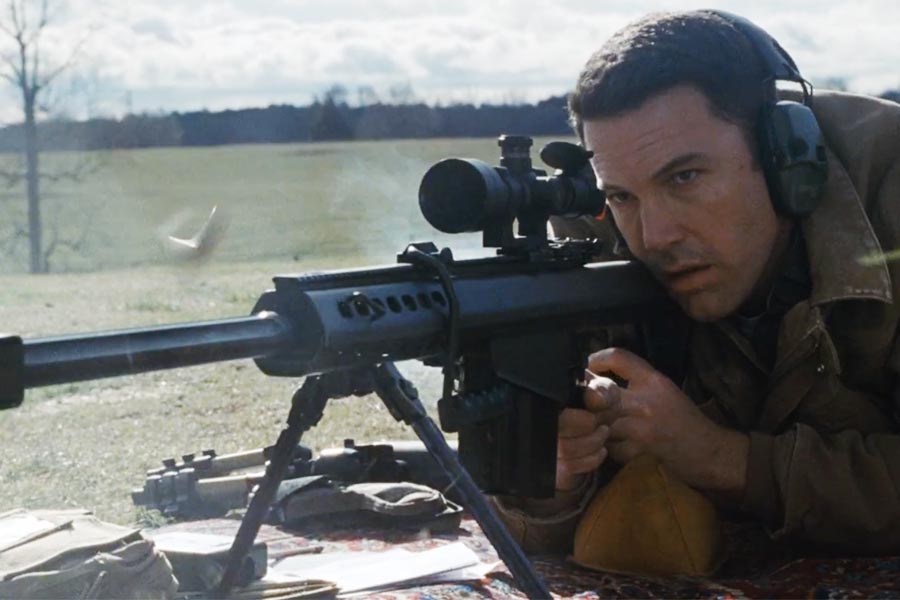 For the routine action genre, The Accountant playfully sandboxes conventions and builds a mighty fine thriller out of them.  By presenting a unique protagonist, Gavin O’Connor, director of Warrior and Pride and Glory, finds just the right balance between inane and austere.

Ben Affleck takes on a unique role as savant Christian Wolff, an accountant for some major cartel players.  Wolff is quiet, calculated, brilliant with numbers, and slow with social awareness.  His high-functioning autism allows him to dig through tens years worth of company expenditure records within a 24-hour period.  However, Wolff, along with his brother, spent his children training for brutal combat under the fist of his military father.  His Bryan Mills-esque ‘set of skills’ allow him to become a dangerous and unlikely foe to any unsuspecting adversaries.

When Wolff takes a job dissecting the books for an advanced robotics industry, he uncovers several shady withdrawals from the business account that amounts to over $60 million.  Assisting in his discovery is the company’s employee, Dana Cummings (Anna Kendrick).  As soon as Wolff reveals the fraud, he is let go before his job is finished, and all too soon a handful of killers are sent to eliminate both him and Cummings.

FBI Agent Ray King (J.K. Simmons) has pursued Wolff’s whereabouts and identity for years.  Nearing his retirement, he appoints a protege (Cynthia Addai-Robinson) to find the elusive accountant.  It is only a matter of time before the FBI and a group of contract killers corner Wolff and Cummings, unless Wolff can outsmart and outpunch them all of course.

With the character of Christian Wolff, Ben Affleck has found his action franchise, one that should be able to compete with pal Matt Damon’s Bourne series.  The Accountant may never be quite as smart, topical, or realistic as the Bourne series – but dang if Affleck’s mathematical and socially mute Wolff isn’t just a little more engaging than Damon’s amnesiac assassin.   I can see where the character may be a turn-off for certain viewers, but I think Wolff’s withdrawn personality only makes him far more engaging.  Wolff is complex – far from a clean-cut hero.  In the same breath, and with no awareness, he can subdue a foe most viciously before giving a casual wave to the foe’s intended victims.

O’Connor’s film sizzles at such a slow boil that when it finally explodes, the attacks and chases are exciting.  We get the standard fisticuffs we’ve seen in Bourne and Taken, but the fights become mathematical instead of personal which adds a much-needed freshness to what we’ve otherwise seen a thousand times before.  The potential romance between Wolff and Cummings also never pushes any further than it needs to.  As outlandish as the premise may appear to be, O’Connor knows to keep everything grounded until the third act when extended exposition and flashbacks slow the movie way down.  The writers probably thought they were coming full circle when they finally take the logic out of Wolff’s mission and instead inject a dose of personal conflict, but they make the blood-and-bullets climax far more silly and convoluted than it ought to be.

This stumble doesn’t tarnish the overall enjoyment of The Accountant.  It merely lessens just how great it could have been.   There is still plenty to enjoy here, so much so that I’m guessing audiences will ask for another round with Christian Wolff.

Before the writers let the film wallow in some third-act silliness, The Accountant stands as one of the tautest thrillers of the year. Ben Affleck is superb in the lead role and has hopefully found himself a unique bare-knuckle franchise to compete with his pal Matt Damon’s Bourne series.