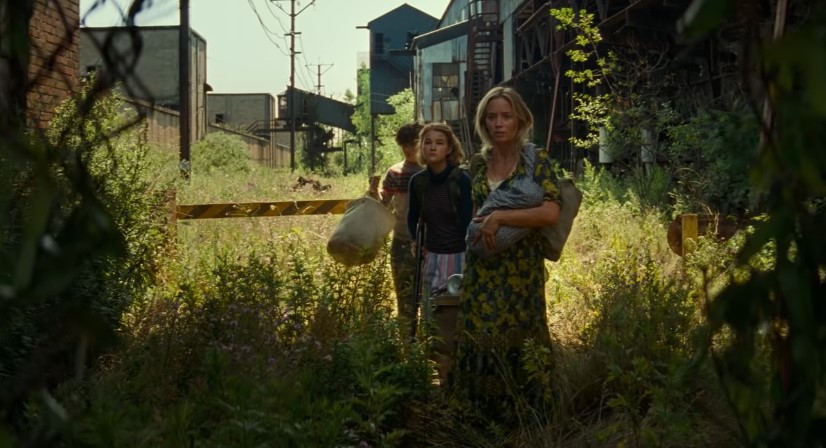 John Krasinski had wowed everyone with A Quiet Place, and though the film was pretty solid on its own, we’re going to be getting a sequel later this year. As promised, we now have a full trailer for A Quiet Place Part II.

Following the deadly events at home, the Abbott family (Emily Blunt, Millicent Simmonds, Noah Jupe) must now face the terrors of the outside world as they continue their fight for survival in silence.  Forced to venture into the unknown, they quickly realize that the creatures that hunt by sound are not the only threats that lurk beyond the sand path.

With the first movie admittedly being very ‘small’ when it comes to scale, it’s kind of clear that Krasinski has been given a moderately larger budget with this sequel. We get to see more of the world fleshed out, plus the movie is no longer shy about showing these CGI creatures that are terrorizing the planet.

And though we did lose him in the first movie, I have a feeling we’re eventually going to see Krasinski back as the Abbott family patriarch. His dynamic with Blunt was just so integral to the first movie, I’m kind of weary going into this sequel without him. At best I think we’re going to see the family try to cope with his loss as one of the main themes explored in the film.

Catch A Quiet Place Part II when it comes out March 20.