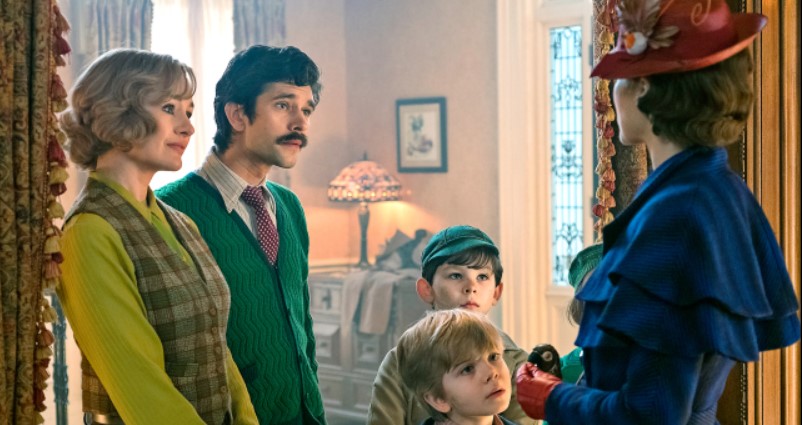 Though Disney is primarily known for its animated features, the studio has found great success in the reboots and sequels of classic material. Later this year will see the reboot/sequel Mary Poppins Returns, and a 2018 press kit gives us a new look at the film.

Emily Blunt will be playing the role of Mary Poppins, originally played by Julie Andrews. Meryl Streep has also been cast as a character named Poppy, and the grown-up Banks children will be played by Ben Wishaw and Emily Mortimer. Lin-Manuel Miranda will also be playing the “Dick Van Dyke”-type as Jack the Lamplighter.

This is the official synopsis of the movie:

In Depression-era London, a now-grown Jane and Michael Banks, along with Michael’s three children, are visited by the enigmatic Mary Poppins following a personal loss. Through her unique magical skills, and with the aid of her friend Jack, she helps the family rediscover the joy and wonder missing in their lives.

I’m interested to see where the movie goes. To be honest, I’m happy they chose to make this a sequel instead of a full-on reboot. The original Mary Poppins was good on its own, and instead of “upgrading” it for the next generation, it’s nice that they just decided to build on the already established story.