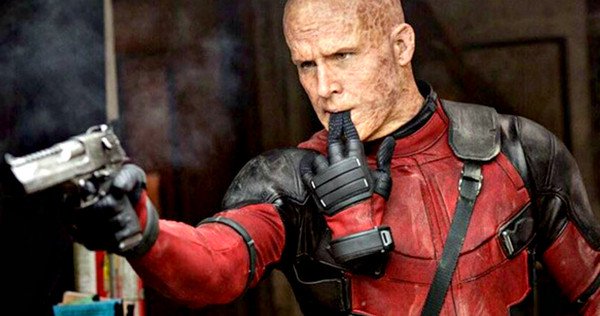 The Deadpool franchise is proof that a movie’s R rating isn’t necessarily a box-office death sentance. The original Deadpool (2016) earned a whopping $783.1 million on a budget of $58 million. Analysts expect the film’s sequel to either follow or surpass the original.

Aside from being a commercial success, it doesn’t hurt that most viewers have fallen in love with the psychotic charm of Wade Wilson. Critics have positive reviews of both movies. More discerningly, the Deadpool adaptation pleased long-time fans of the Merc with a Mouth.

Enjoyed the film? Below are tiny facts about the Deadpool franchise that might make you want to have a second viewing:

Ryan Reynolds is relatively fit. Aside from Deadpool, he already played another superhero, Green Lantern.

Nevertheless, he is certainly not superhuman like his character. In order to prepare for the role, Reynolds had to subject himself to a rigorous workout regimen. A lot of deadlifts, squat and other compound movements – 5 days a week. It doesn’t help that at the time of training Reynolds was a new father. Between parenthood and his busy schedule, the entire experience was definitely exhausting for the actor.

Deadpool is an Experiment, Not a Mutant

Deadpool 2 was created in order to introduce X-Men into the Deadpool storyline. An X-Men movie is about to be released – this move is just a good Marketing scheme. However, Deadpool isn’t actually a mutant altogether.

Wade Wilson developed his abilities after being experimented on. He was a product of Experiment K – an offshoot of the Weapon X program. His healing abilities are similar because he was injected with a serum infused with Wolverine’s DNA.

One of the things that make Deadpool lovable is the fact that he isn’t the typical cookie-cutter good guy superhero. He is a little bit unhinged and unpredictable. But would you believe that he has an even more psychotic evil twin?

Anyone who has a deeper knowledge of the Deadpool canon would know that he has an evil twin. Ella Whitby, a psychiatrist obssessed with Wade Wilson, Frankensteined a creature using only Deadpool’s limbs.

Being indestructible can be very enjoyable. You can literally do anything you want without having to think about safety. Deadpool gets to relish in this ability. However, it does have some pay-off.

Wade Wilson, following the experiments, is clearly mentally unstable. This is mostly because regenerating from injuries takes a toll on the brain. Constant healing affects the neurons which makes Deadpool more prone to psychosis and violence.

Deadpool’s Healing Abilities is Based on Actual Science

The science behind Deadpool’s healing abilities seems like nothing more than malarkey. Sure, humans can’t grow a new finger after getting the old one hacked off. However, this ability is common in the animal kingdom.

For instance, reindeers can grow new antlers if the old ones break off. The axolotl, a Mexican salamander, can literally regrow any part of its body, a limb, a heart, or even the spinal cord, if there is a need for it.