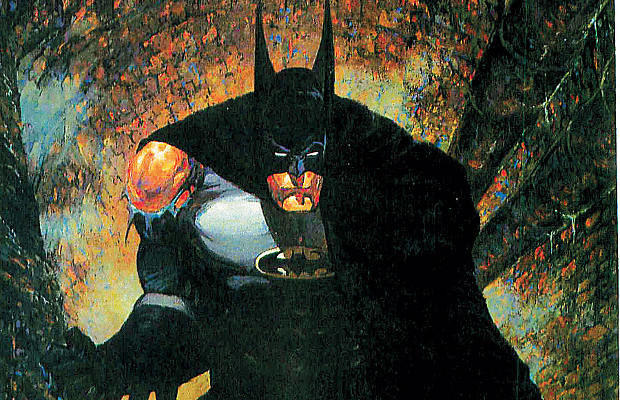 This one’s nutty. Batman: The Cult is one of the stranger tales of the Dark Knight. Deacon Blackfire runs a cult in the sewers, where his followers, Underworlders, murder petty thugs to rid the city of the criminal element. The story begins as Batman’s tracking the killers, when he discovers the sewage access and is captured and brainwashed. He’s missing for quite a while, and Jason Todd tracks him down and learns of Batman’s ghastly situation — the brainwashing is effective, and he too is taking part in the cult’s activities.

Eventually, he’s rescued and defeats Deacon Blackfire, once he learns the man wants to be made a martyr, so his followers will continue his bizarre legacy. Of course, Batman doesn’t kill him, he beats him up something good to show Underworlders that Blackfire is no one to worship. In their craze, they finish off their fearless leader, with the heroes fleeing the scene.

A little out there for Arrow, but it has potential.

We’ve seen a cult of sorts with Sebastian Blood, though nothing on this grand of a scale. This arc would offer the show yet another lengthy murder mystery, that with a few shocks and twists could return the series to its once addictive page-turner status.

With Star City weak after the resolution to Damien Darhk’s terror, citizens will want a symbol of hope. While that may be what Mayor Oliver Queen stands for, people typically look to religion after a tragedy. With all the city has been through, someone on fire (!) for God, could be what the four-times-nearly-destroyed metropolis needs. What better way to build legions of followers than to draw them in at their weakest, promising hope and salvation?

The murder mystery build up would be tough, but if paced right, it could have quite the pay-off. A broken Oliver is something often depicted, though he never remains so for long. The Mayoral plot would be just another reason for a Deacon Blackfire-type to take advantage, if Oliver can be successfully brainwashed. Add in the fact that this villain would probably know Green Arrow’s identity, and a storyline like this could be what Arrow needs to continue to raise the stakes.

In other hero awesomeness, check out the 8 actresses in the running to play Captain Marvel.