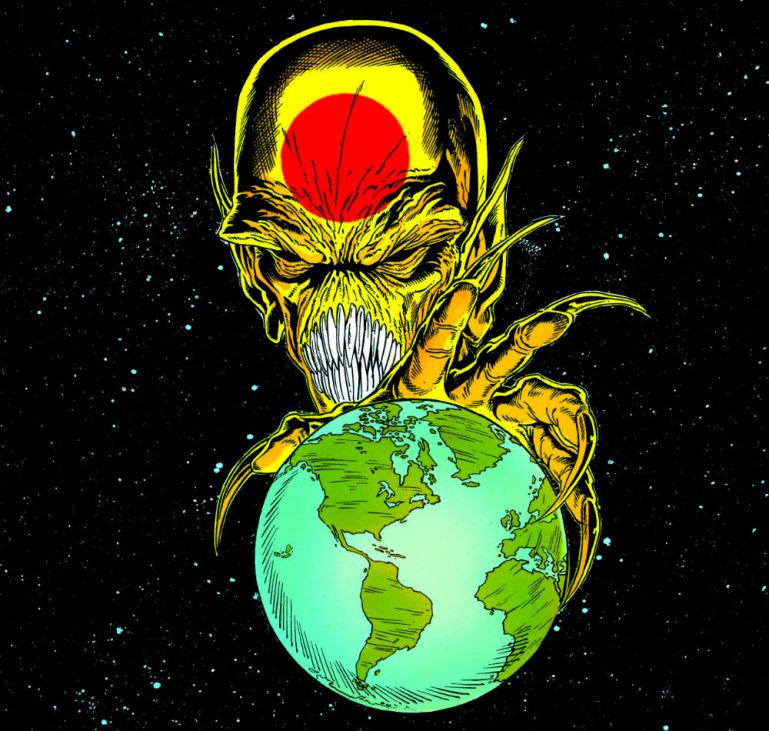 The Flash’s official Twitter account has unveiled the villain that will cause the heroes (and villains?) of the four shows to unite.

The Dominators will invade Arrow, The Flash, Supergirl, and DC’s Legends of Tomorrow on this season’s 4-way crossover event! pic.twitter.com/llkWGgRmLH

Questions regarding who in the DC Universe is powerful enough to bring everyone together have been up in the air for months. Of course, Darkseid and the Anti-Monitor are options one and two. However, their involvement was beyond unlikely. The Dominators, or the Dominion when spoken of collectively, are formidable foes.

This alien race led the Alien Alliance during the Invasion! crossover arc in the late 1980s. The group took on the task of wiping out humanity and harnessing the power of Earth’s metahumans. Members of the Alliance were fearful of the potential threat, believing metahumans could put the Universe in turmoil.

However, their tactics were met in kind, and the battle was looking to be in the favor of Earth. This in mind, a Dominator crafted a Gene Bomb of sorts, to render metahumans weak and inefficient. Upon detonation of the bomb, some of the World’s Finest were made incapable of properly wielding their abilities. Eventually, the after effects resulted in the deaths of many.

But all hope wasn’t lost. Martian Manhunter led a team of metas unhindered by the bomb to steal information from the creator of the bomb’s mind. You know, Martian special abilities and all. The stolen intel gave Earth the added advantage of reversing the critical effects, saving and restoring numerous lives.

Truthfully, if the producers of the Arrowverse wanted to just borrow heavily from Invasion!, beat for beat, few would argue. It could certainly work in their favor. After all, it did introduce what is known as the metagene. Since Supergirl and The Flash will both have groups working to learn (for good or evil) about metahumans, the aftermath of the crossover could provide interesting future storylines.

But tell us your thoughts, hopes and dreams for what’s on the horizon. The crossover will coincide with the seventh or eight episode of Supergirl, The Flash, Arrow, and Legends of Tomorrow.